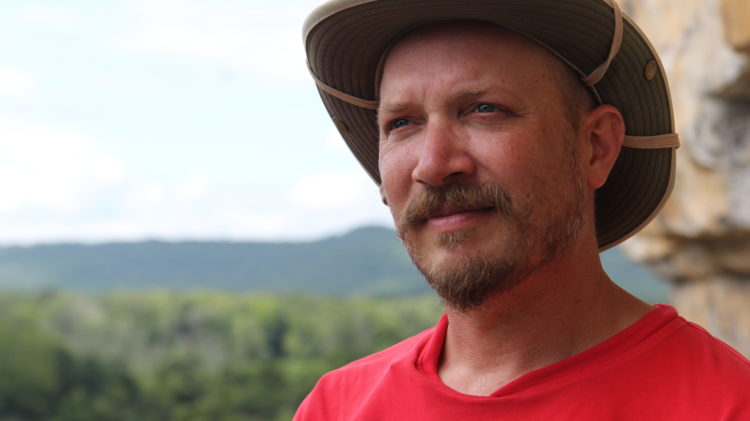 I had the opportunity to interview Ben Hoksbergen, archaeologist for the Redstone Arsenal. He took us upriver in his boat to several artifact sites and up to Paint Rock near the Guntersville Dam to see prehistoric paintings on the rock.

We had the most epically scenic interview I can remember perched on the side of Paint Rock with the trees and the river rolling away far beneath us.

Our two-hour interview covered the history of the area going back 13,000 years to Paleo-Indian people and up to Creek, Chickasaw, and Cherokee peoples. We talked about bootleggers, shantyboats, people’s displacement by the TVA and the Arsenal, and DDT and other pollutants left behind by the Army. 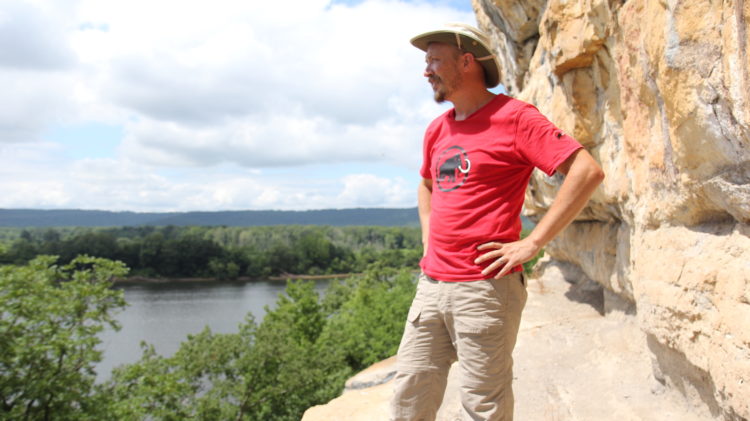 Ben has worked at the Arsenal for 11 years and collects artifacts, consults in construction projects, surveys and protects historically sensitive areas, and occasionally repatriates human remains to tribes whose ancestors lived in the area. 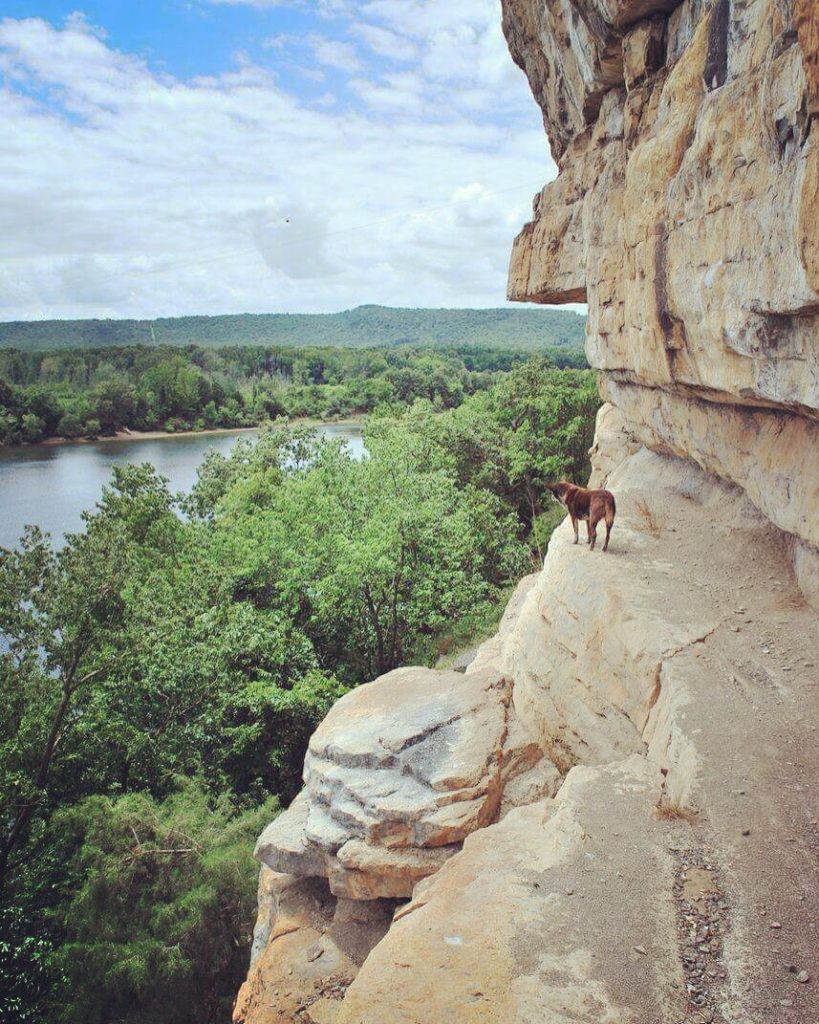 Thanks to Jane DeNeefe and theHuntsville African American History Project for introducing us to Ben.

Doris Turner – What does the river mean to you? [VIDEO]

← Doris Turner – What does the river mean to you? [VIDEO] ← Sonnie Hereford, Civil Rights Pioneer
Help! We need your support!