The Problem with Large Boats

“Every year, boats are getting bigger and bigger.” Numerous people told me this on both the Tennessee River and Mississippi.

In our experience, there is an inverse relationship to the size/power of a boat and the respect shown by the driver of it. Compensating much? People in big powerful boats seldom realize the effect they have on other boaters and on the ecology of the river. 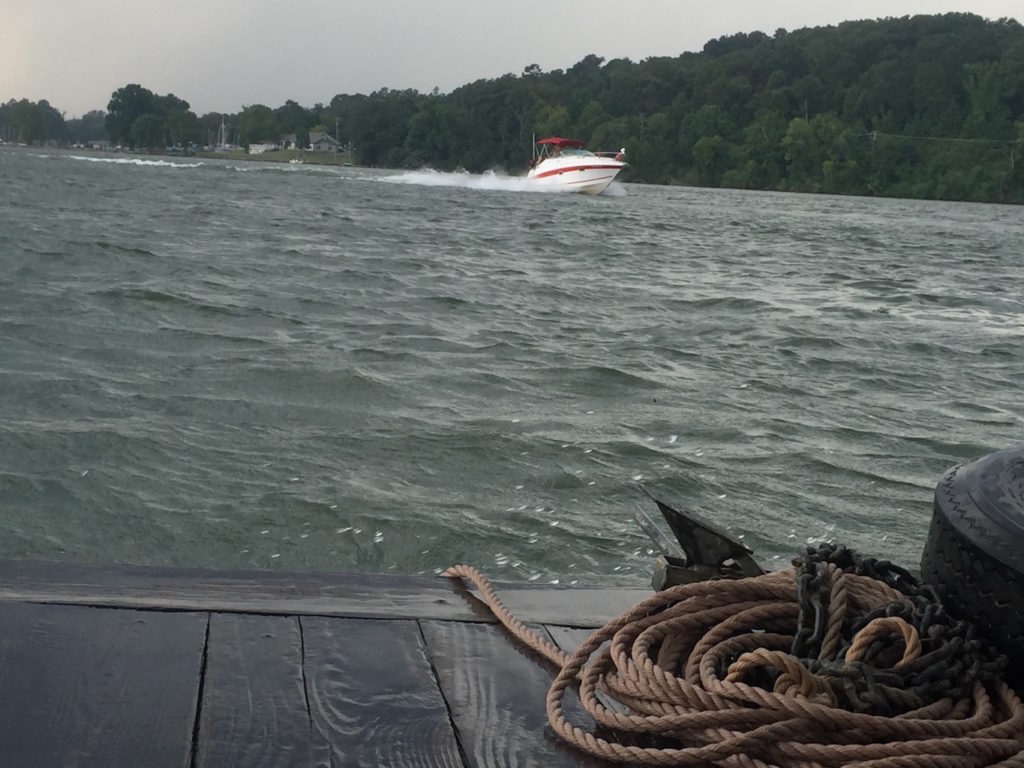 In our craft, people are naturally curious and veer far out of their way to buzz close to us and see what looks like a floating chicken coop. 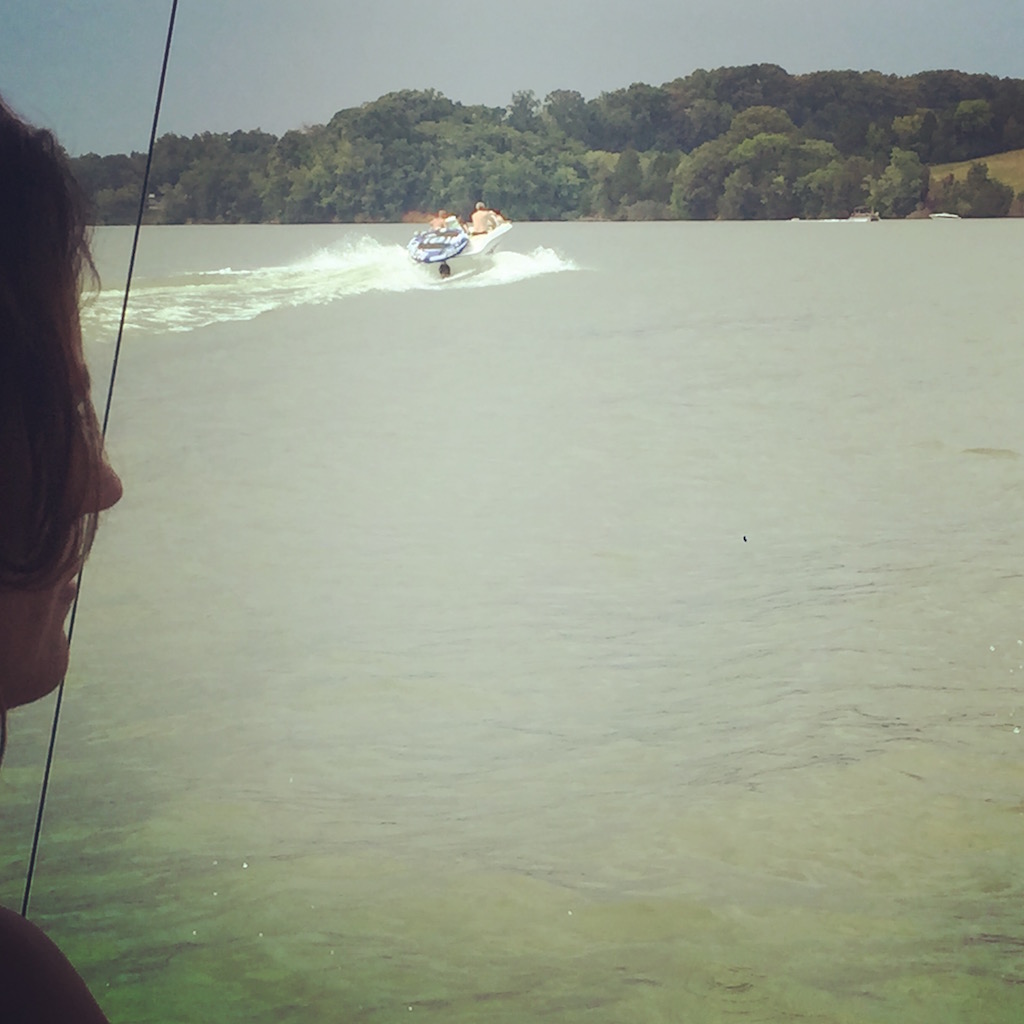 Unfortunately, the wake from these boats frequently rocks our boat hard. Sometimes stuff comes down from shelves and our dishes slam inside our cupboard and break. ‘

When we were in Knoxville, one clueless fella speeding by in a 40 foot yacht slammed us so hard against the posts of the dock, it destroyed part of our roof. When I chased him down in the johnboat he said, “Yeah, I didn’t know. We’ve not been up here before.” No apologies or offer to make things right, despite the fact he could replace our entire shantyboat for the cost of one of his rub rails. 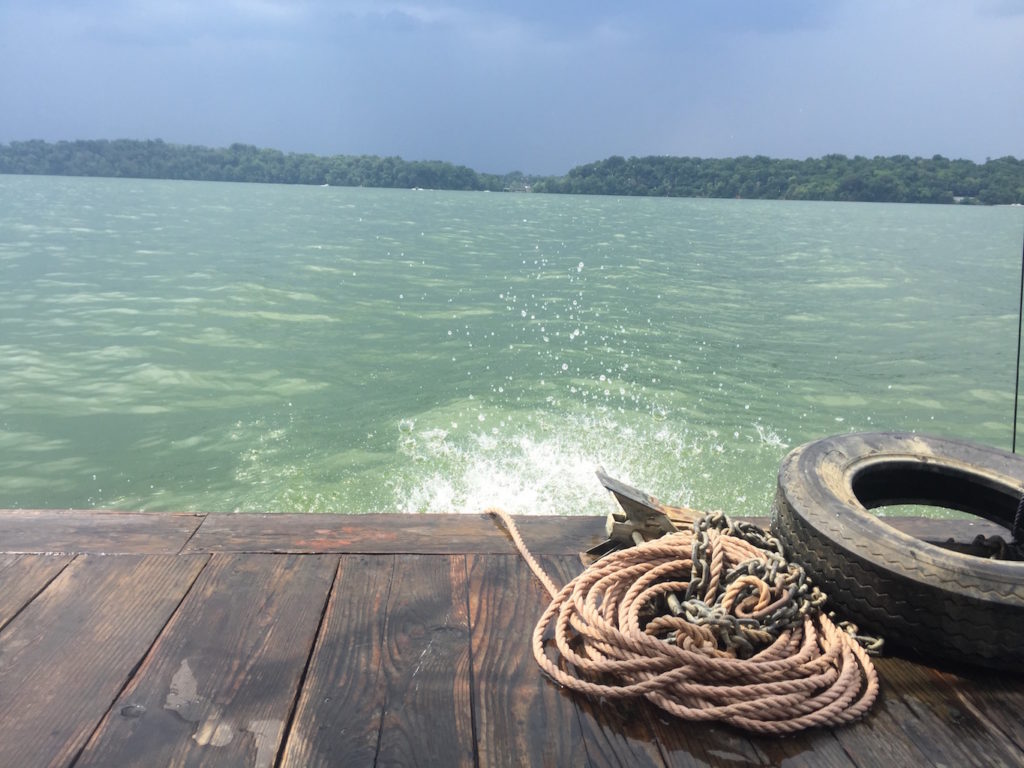 Waves wash over our decks and sometimes straight into our cabin. Fourth of July weekend on Lake Louden was the worst so far, with many inconsiderate boaters buzzing us and creating 3 and 4 foot swells.

People continue to ask how we deal with the supposed horror of barge traffic. In our experience, barges create a medium-sized wake, pass and move on. We’ve never had a barge circle us at high speed, giving us thumbs up and kicking up swells that topped our decks, like we have had repeatedly with pleasure boaters. 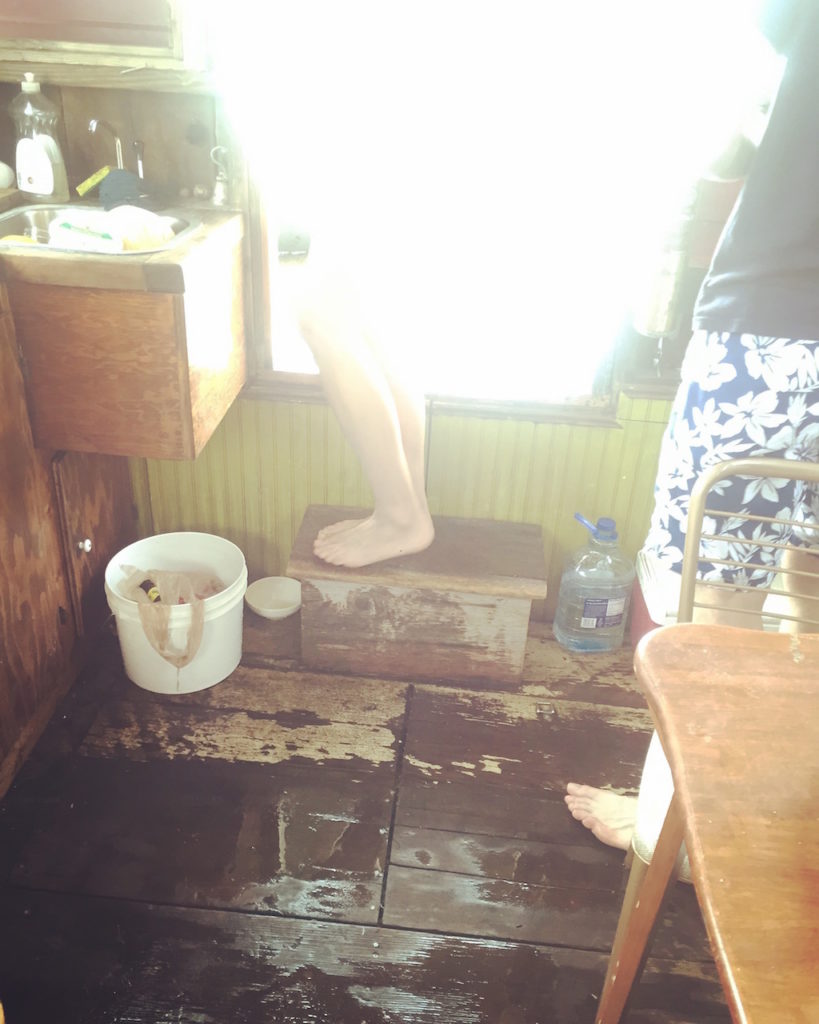 Other smaller boats aren’t the only thing endangered by large boats. In Secret History interviews, I’ve had river ecologists, river homeowners, and sportsmen cite powerboat wake as one of the top ongoing problems on the river. Shoreline erosion caused by pleasure boating destroys turtle and bird habitat, washes away natural islands and shoreline, and ultimately requires rock revetment along the shoreline.

Here you can see the big waves caused by large boats churning the shoreline into a brown slurry. 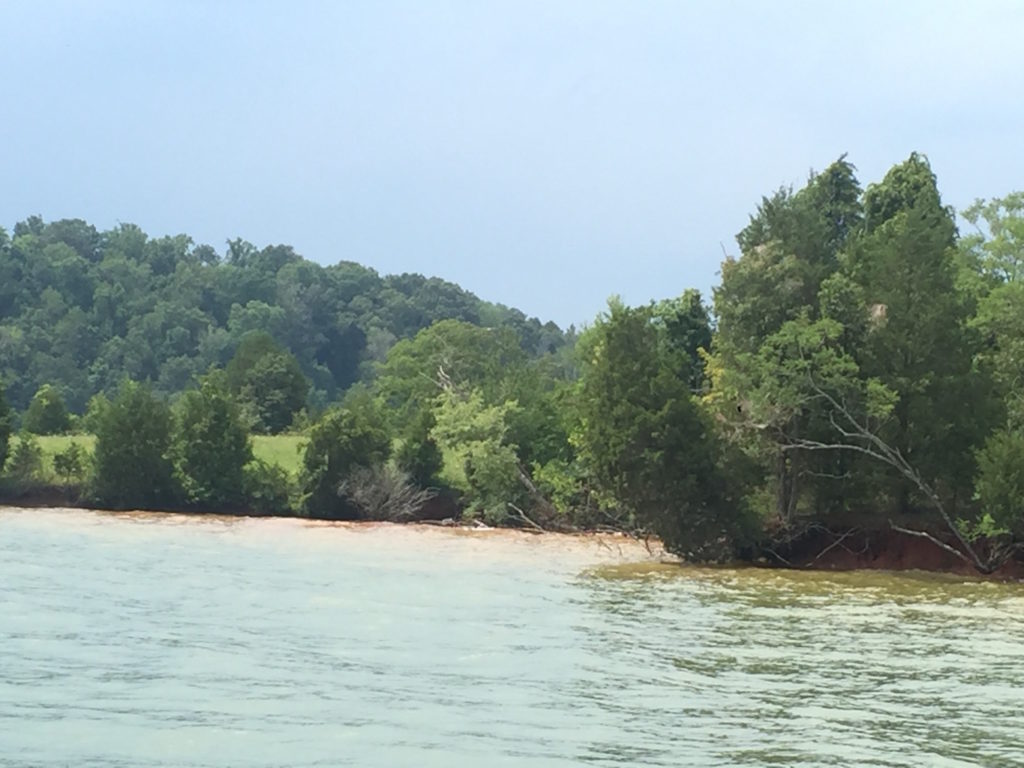 Squirlsy took days to get over his terror after surviving the big waves on Lake Louden. 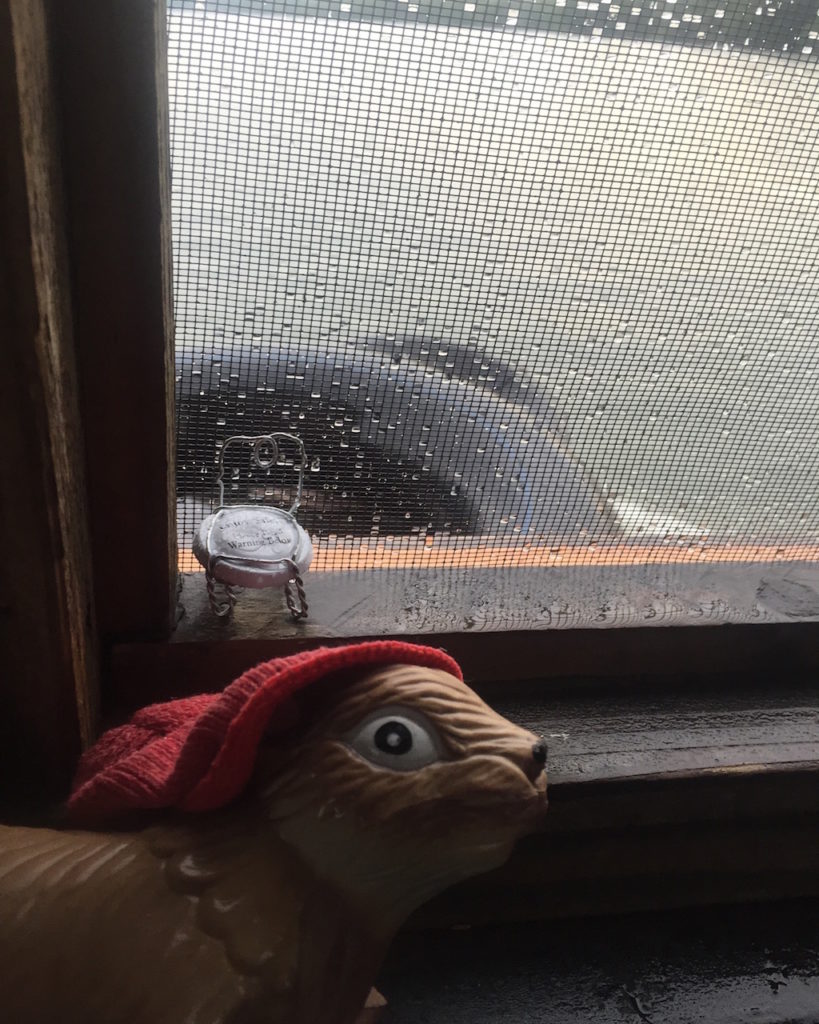 This River Life Drawing to a Close

5 comments for “The Problem with Large Boats”

← Knoxville, Tennessee ← Sam Houston and the Secret History of Hiwassee Island
Help! We need your support!