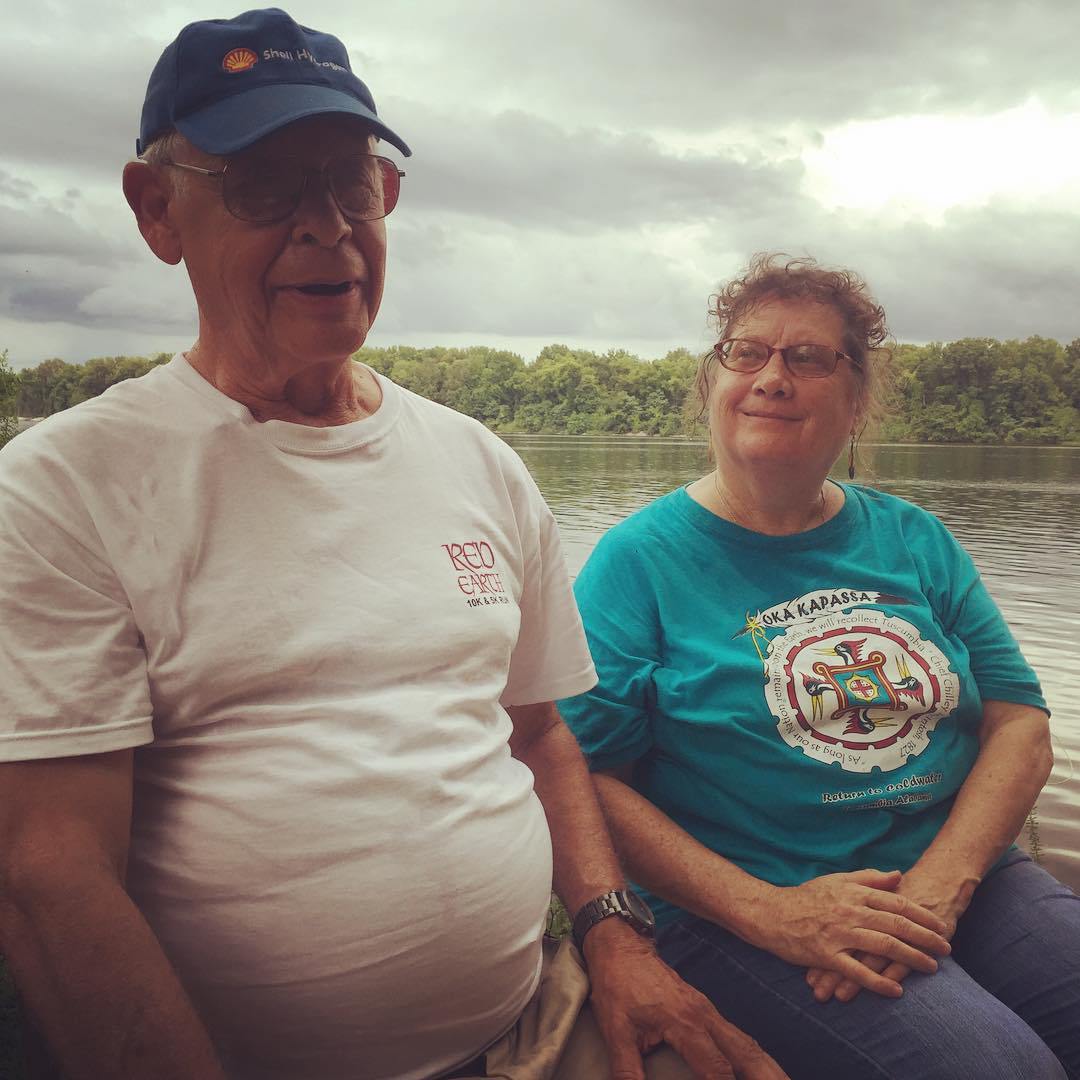 We interviewed Bob & Annie Perry at Tuscumbia Landing. We met them there and they unlocked the gate.

Tuscumbia Landing is an important place and Bob and Annie feel connected to it. Bob is a Chickasaw elder and Annie is knowledgable about the history of the area.

We started the interview with a brief ceremony where they invited me to tie a turkey feather to a tree of my choosing as part of long-term work to heal and honor this place.

It was here that nine of the Indian Removal expeditions passed through that removed most of the native people from the area. The Shoals were unnavigable rapids that extended from Tuscumbia all the way up near Decatur. So any freight or people passing up or down river had to portage around the Shoals. In the 1830s, native people forcibly removed from their land were brought by train and loaded aboard steamboats headed toward Oklahoma.

Bob grew up in Oklahoma and only recently returned to his homeland in Alabama. Annie grew up in the Shoals.