We met Peggy Sanford in Florence, Alabama. She told us about her family living on the river:

My Aunt, Jonnie Ruff Vailes, taught in a one room schoolhouse on Island 40, located near Memphis on the Mississippi River. Although Island 40 was in Tennessee the only way to get there by road was by going through Arkansas. Otherwise you went by boat. There were only 11 children in her school in 1920. All were from 4 families. 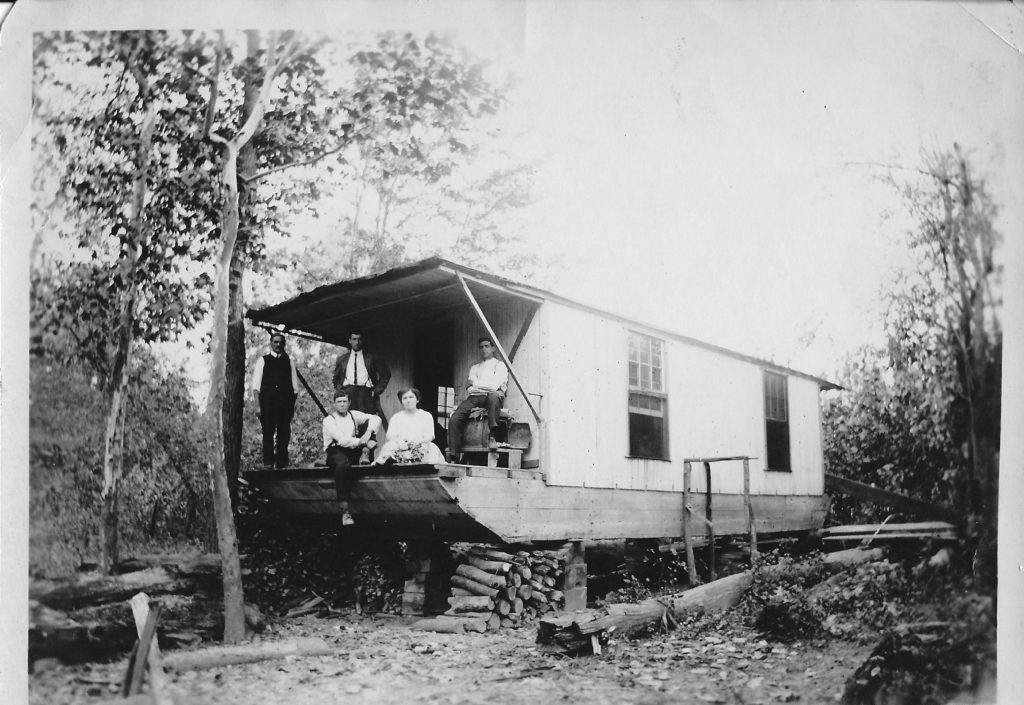 Aunt Jonnie lived with one of the families while she was there. The houses were usually all built on stilts or oil drums so they could survive the river flooding. The houses on oil drums were anchored to a tree.

One shows some of the neighbors. Not sure if this one would have survived the floods. 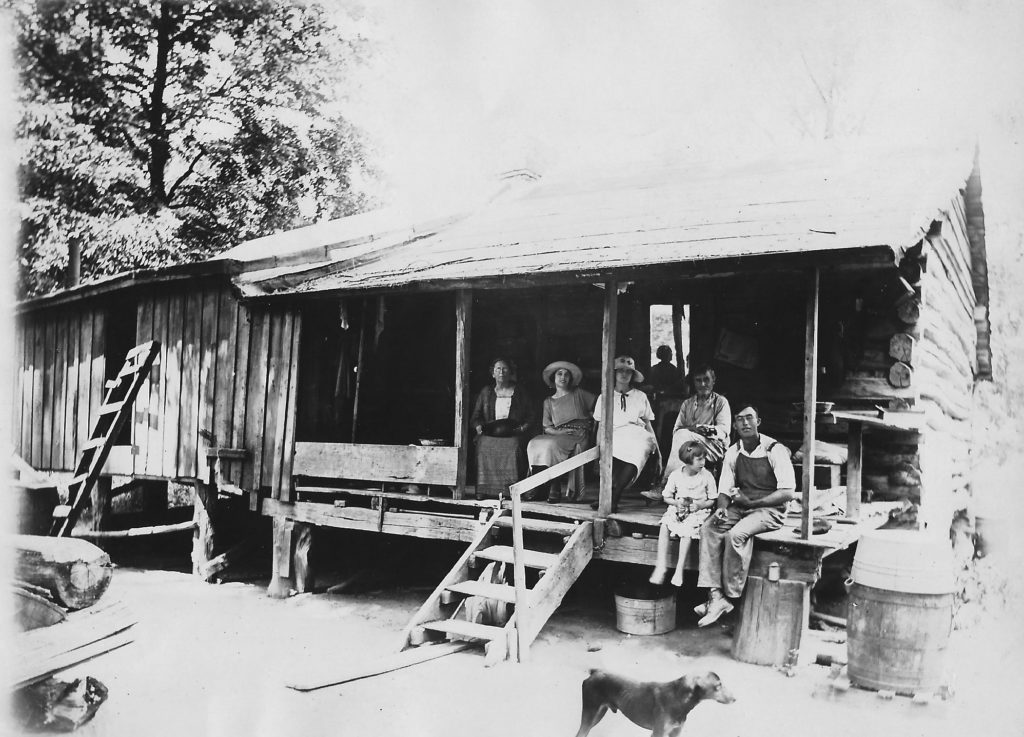 My aunt used to talk about when they would have “play parties”.  They would dance all night and then go back to their regular work the next day.  Never thought to ask her what they did for light.  She is holding the violin (fiddle)…which she did not play.  Believe my uncle took the picture. 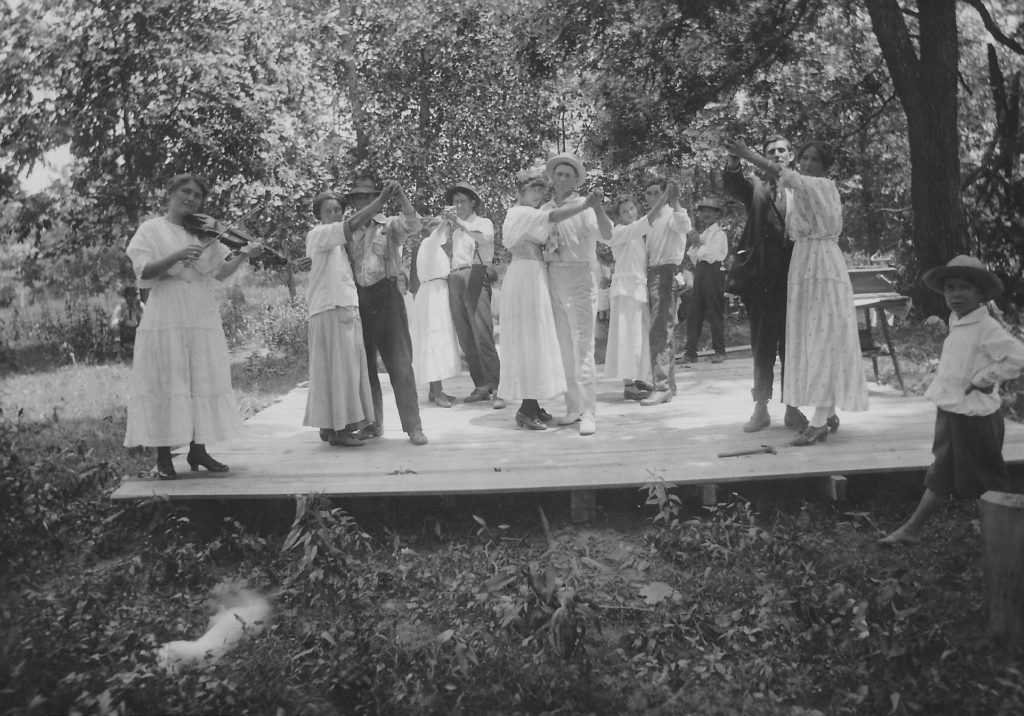 They cut timber on the island.  Note the wooden wheels on the wagon. 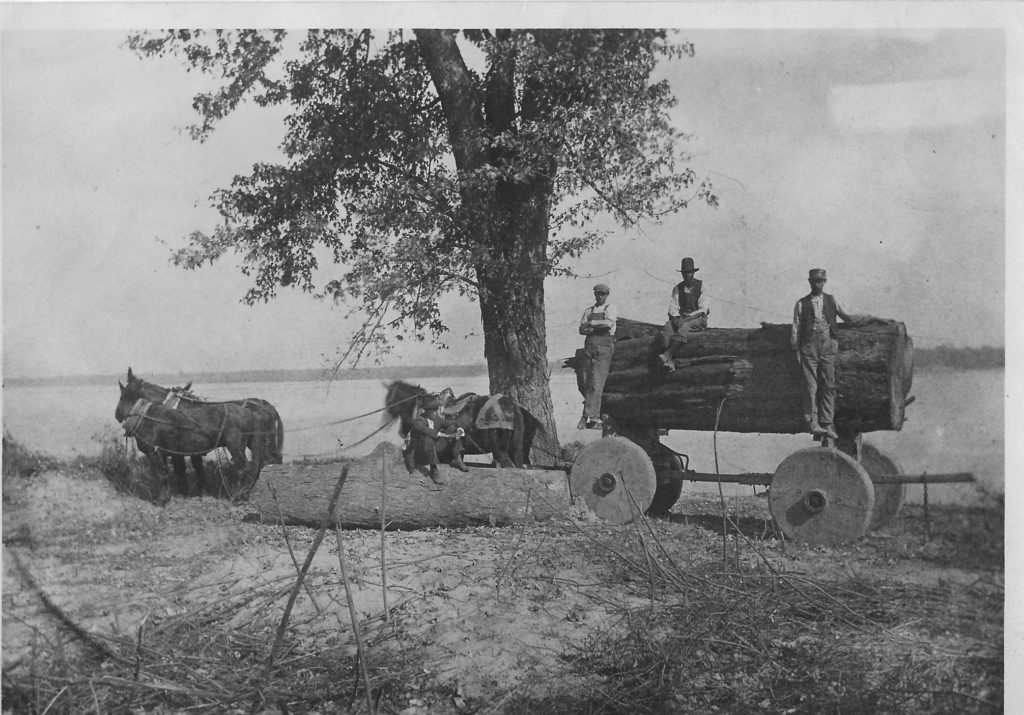 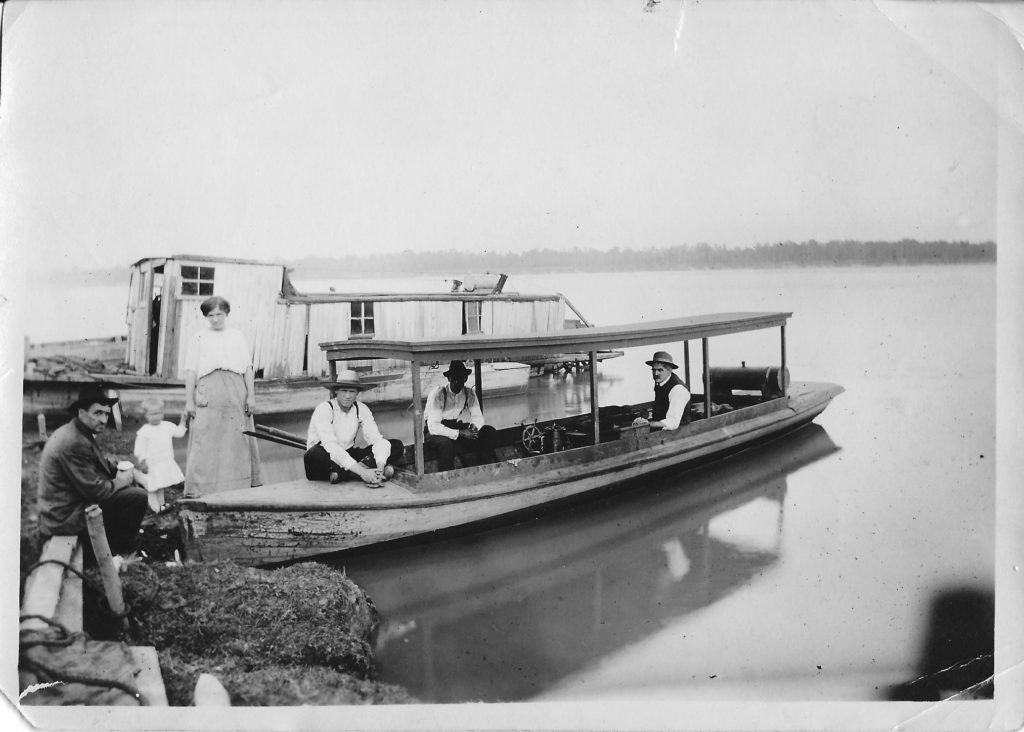 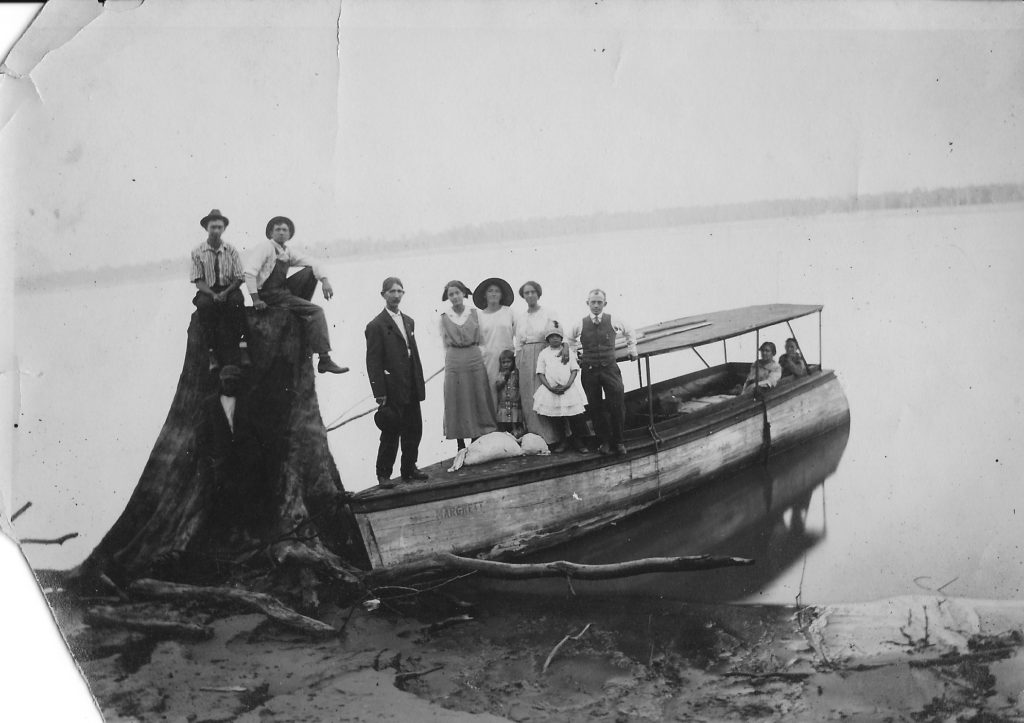 Note the fish dock in one of these. 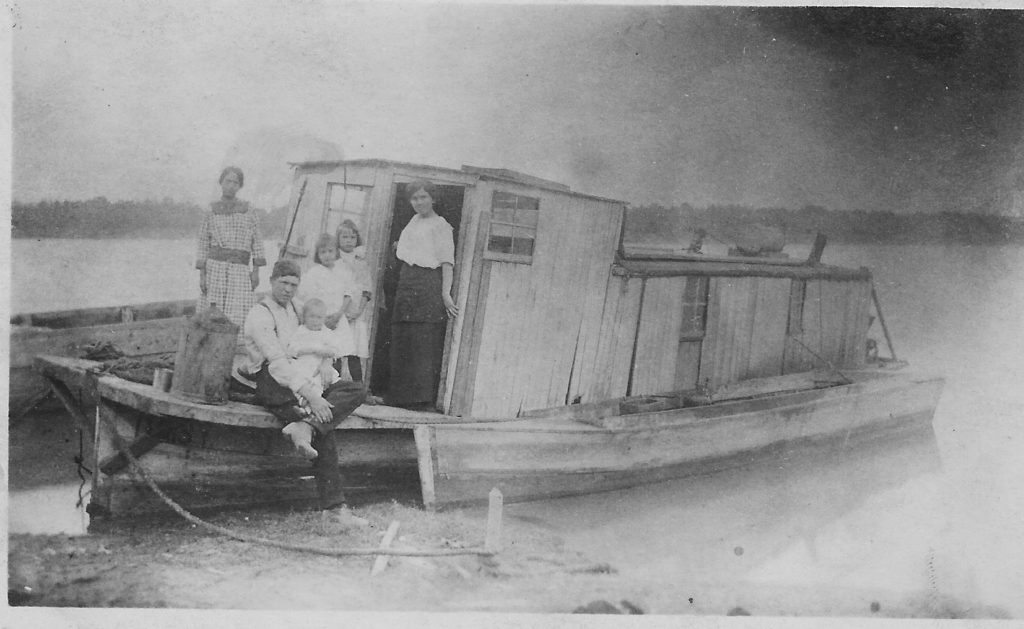 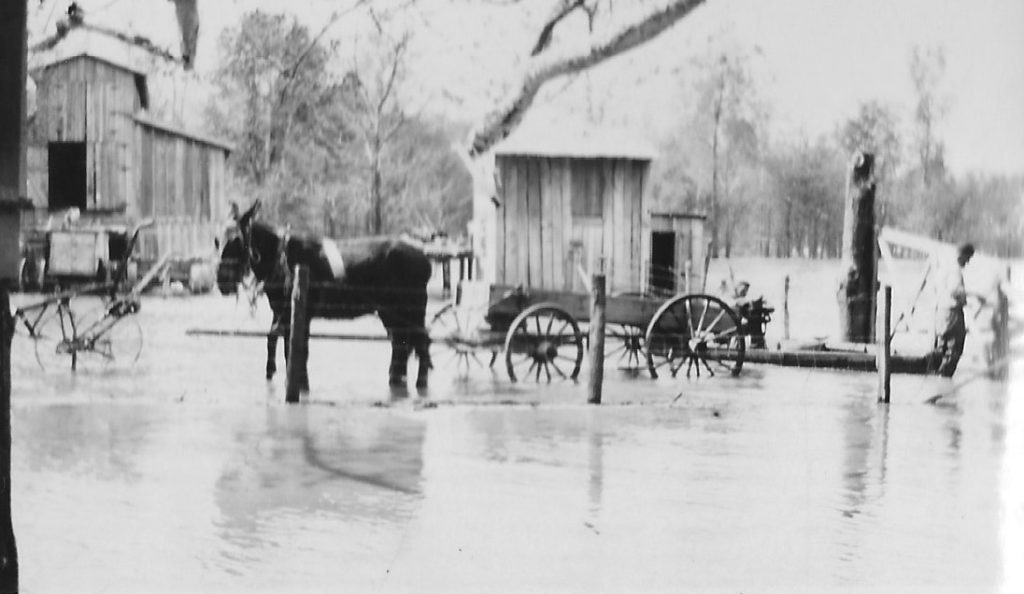 The flood pictures were developed in 1933.  The IRS questioned one of the farmers about the difference in the amount of land he had in the present year compared to last year.  He said he had not sold it,  “The river took it” 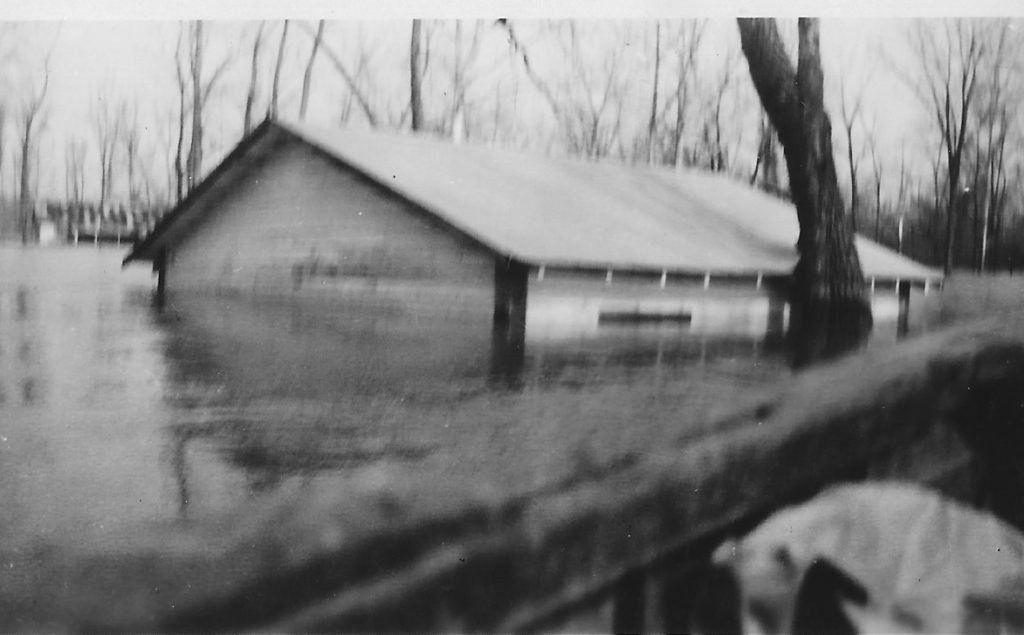 Note the ramp up the barn.  This was so they could move the animals in case of flood. 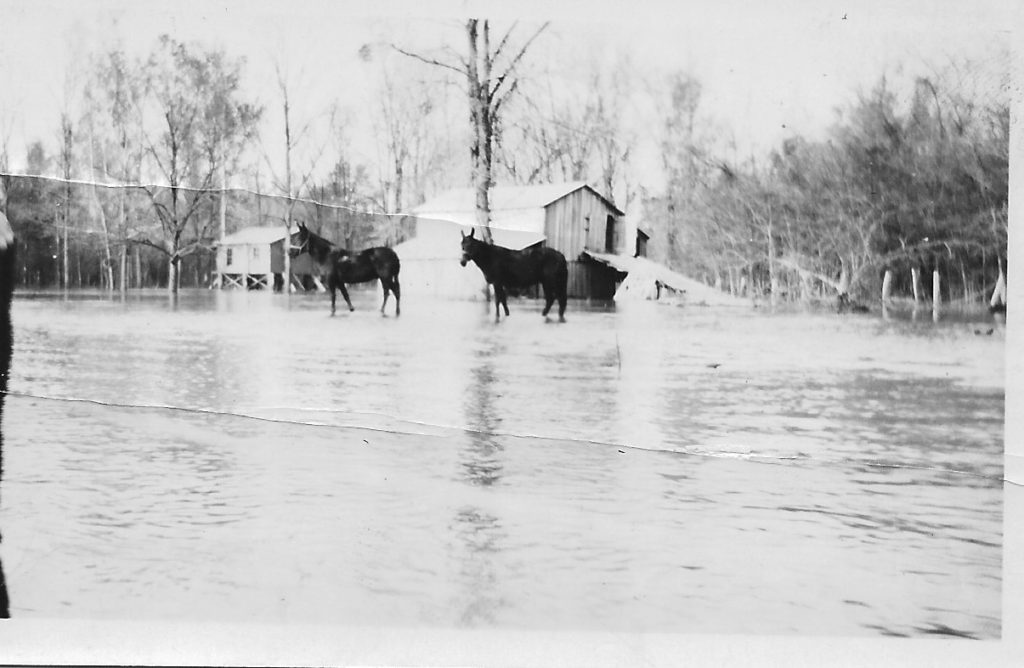 This is the school house.  One summer she went back to teach, just for the summer…this was about 1946.  I was  about 13 and went with her to “help”, but we went home to Memphis each night (by road) 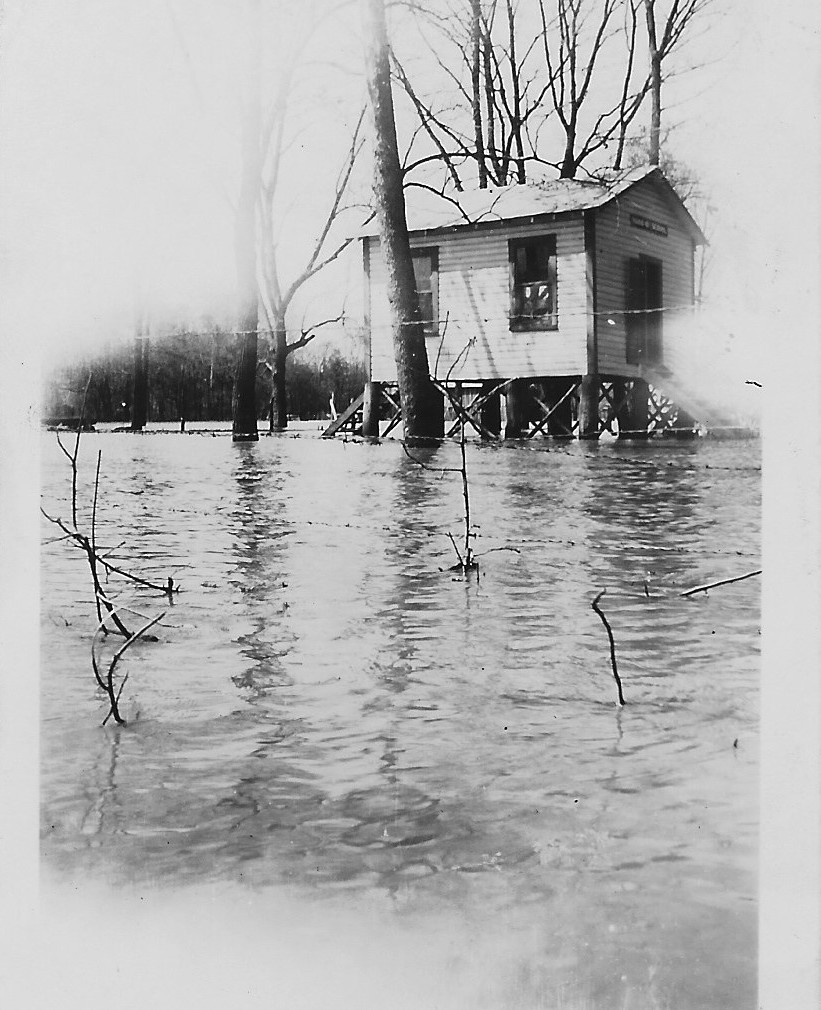 My aunt and uncle did have a farm on Island 40, but moved to Memphis in 1921.  We have a postcard she sent to her mother (my grandmother) in 1921 telling her “we left the island Wednesday, brought everything.  We advertised the cows in today’s paper.  Maybe you saw it.  We will move to the store Thursday.  I hate to go back up there though was glad to get off the island………”  She had lived and worked in Memphis prior to going to the island.

My aunt is the one on the front (left side) row between the two men. You can see the water mark on the bottom of the house. Not sure, but this could have been the total population of the Island. 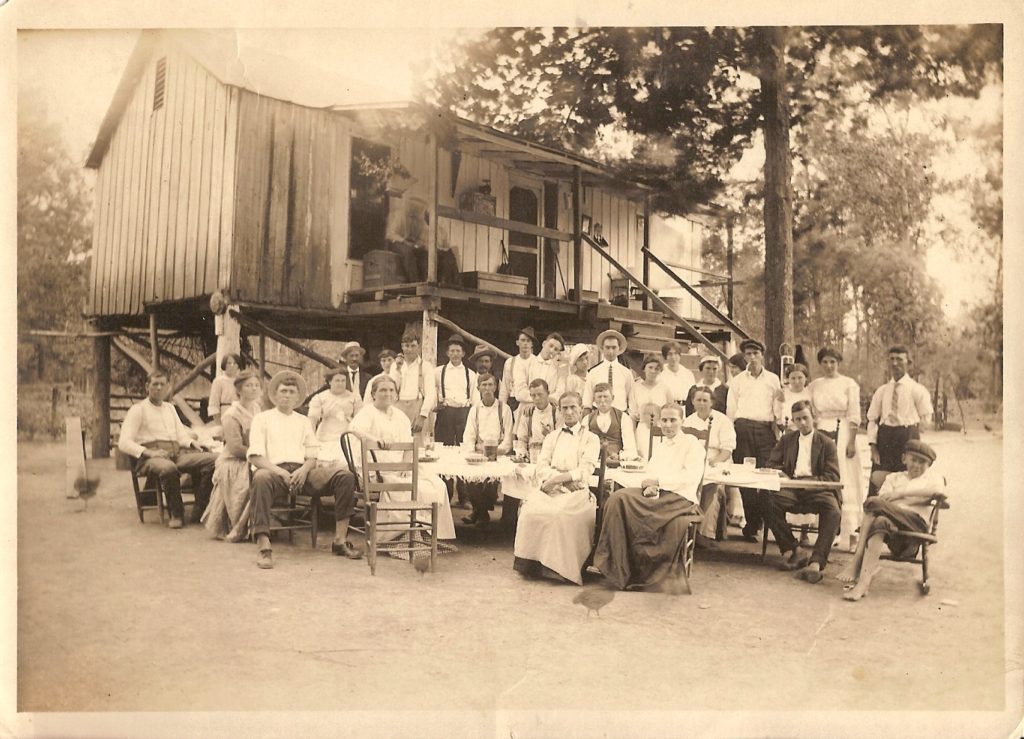 I’m not sure Island 40 still exists.

Thanks, Peggy, for sharing your family’s history.

Sam Houston and the Secret History of Hiwassee Island

History of Flatboating and a Charming Educational Film

← Jackie Irvin runs an opiate addiction program at Jabbok Refuge Center Church
Poor poor Hazel. Her paw was burnt by a falling pot of boiling water when a big yacht passed us by close and fast →

← Jackie Irvin runs an opiate addiction program at Jabbok Refuge Center Church ← Poor poor Hazel. Her paw was burnt by a falling pot of boiling water when a big yacht passed us by close and fast
%d bloggers like this: