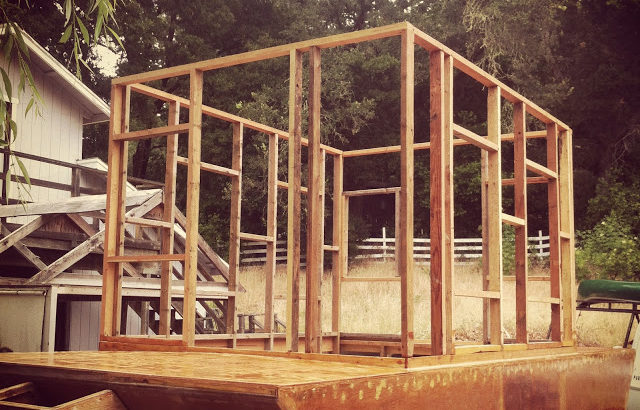 Whew, finally. We get to constructing the cabin walls. This is the fun part for me. As a former carpenter, framing construction is well-within my comfort zone. 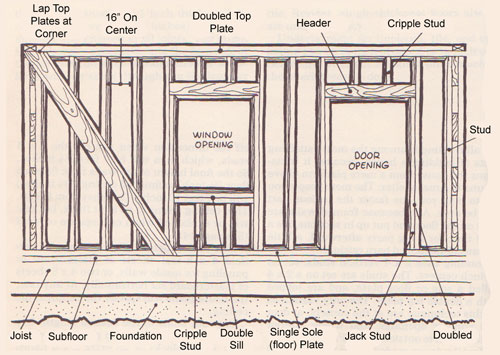 Initially, it looked like it would be easy as pie. I planned to simplify the standard stud construction to reduce weight: (single) sole plate + studs + (single) top plate + simplified door and window openings. 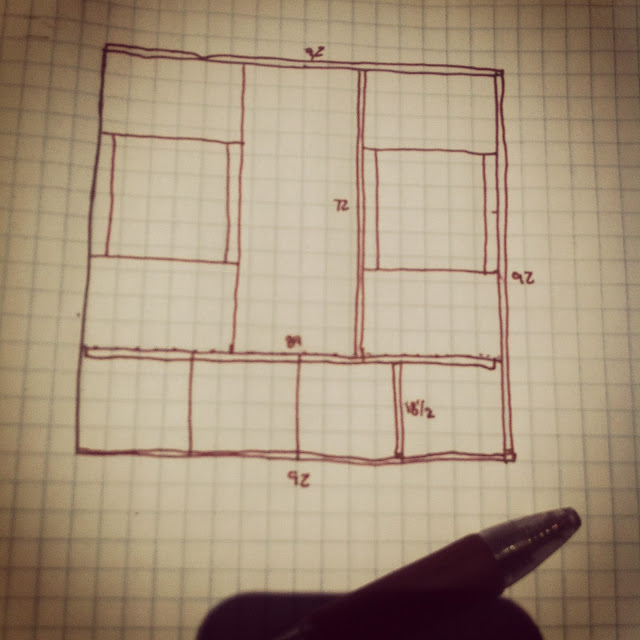 But as I started planning out the end walls, I realized I needed access to the space under the decks, and so the end walls had to work around that. 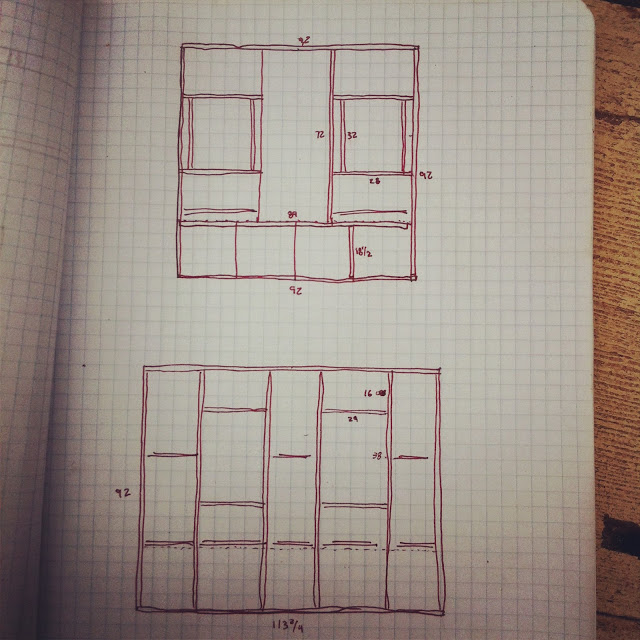 The side walls were a little simpler and more conventional. 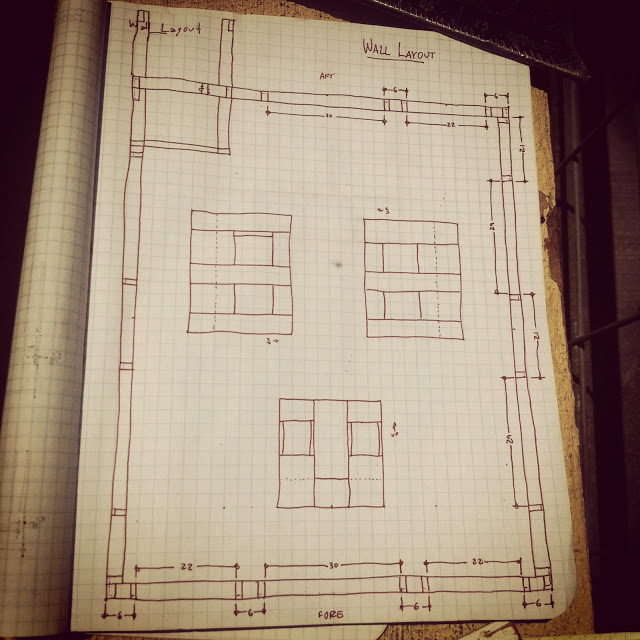 I was using all recycled Doug Fir 2x4s from the salvage pile at the dump, ripped from 3-1/2 inches to 3 inches. 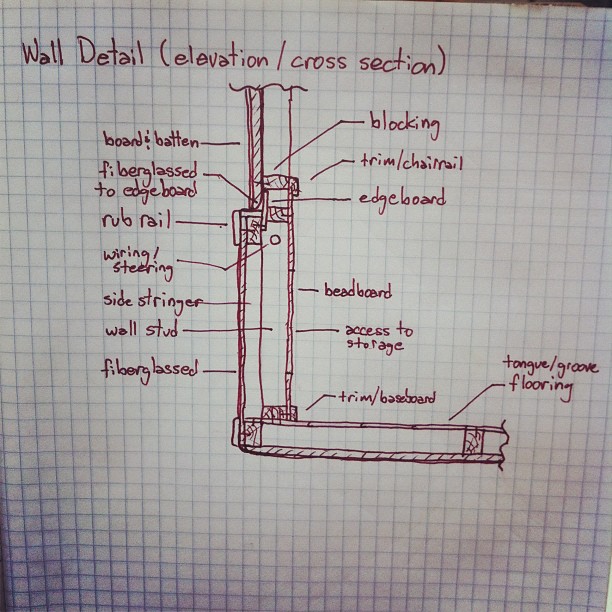 Looking one more time at my wall detail, you see that the coaming (labeled “edgeboard”) is cut into the wall studs.  So I had to dado a sizable groove into each of my studs to accept the coaming.

Real woodworkers have tools for this, but I had to resort to some deft skillsaw work. And without a working wood chisel, I was sadly using a flat head screwdriver.  Embarrassing. But it worked reasonably well. 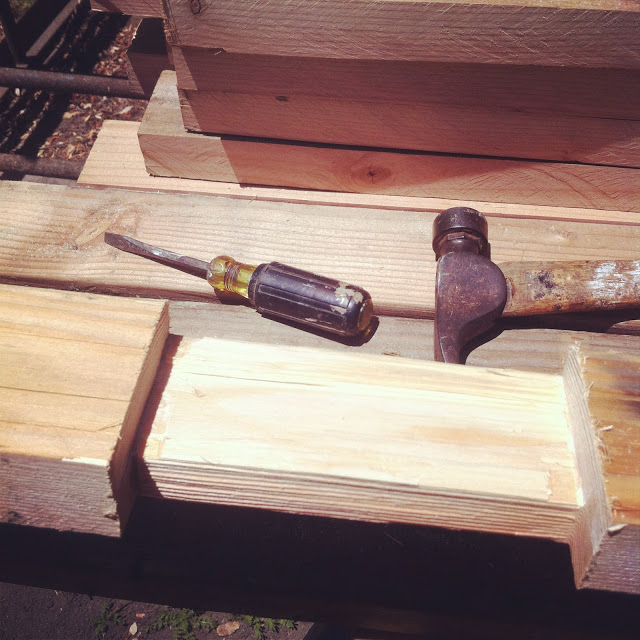 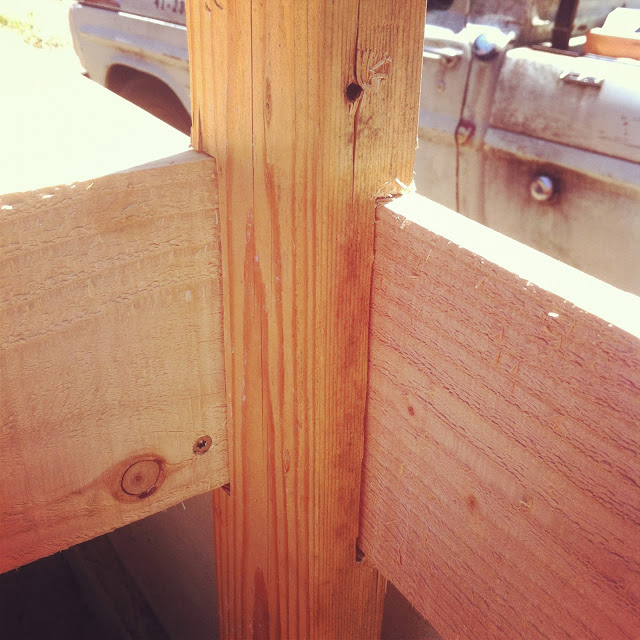 Next, I assembled the walls on the floor of the barn, and then awkwardly personhandled them solo into place in the boat.  Every connection was adhered with construction adhesive and nailed. 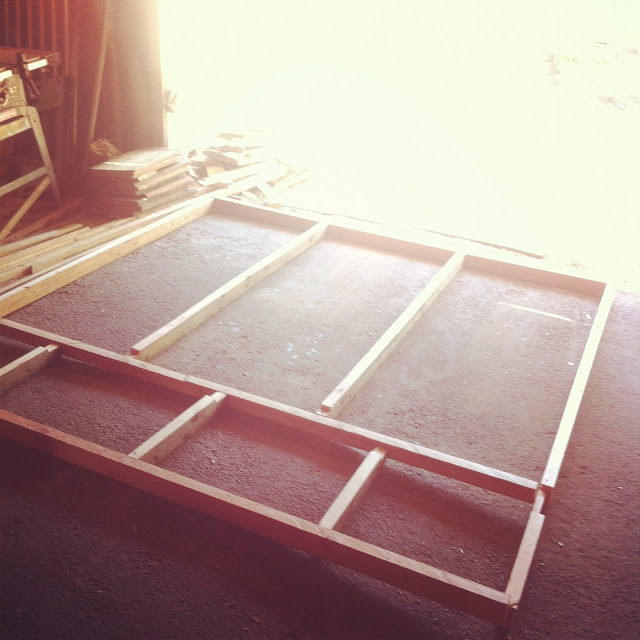 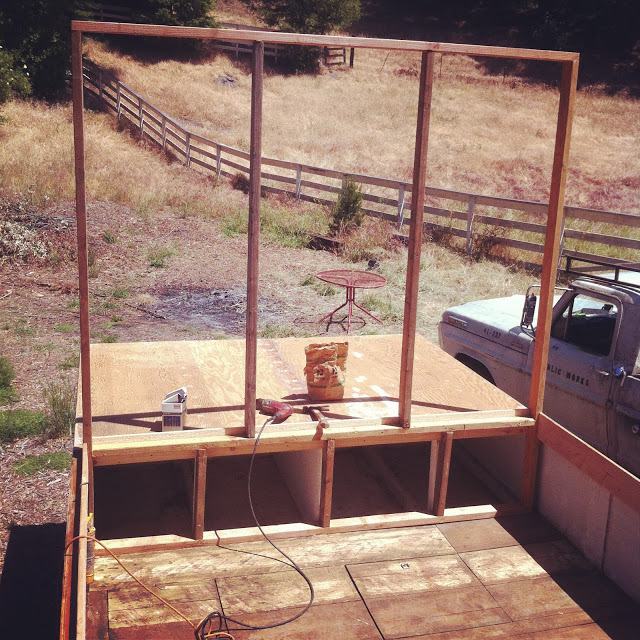 In the boat, the wall framing was glued and screwed. 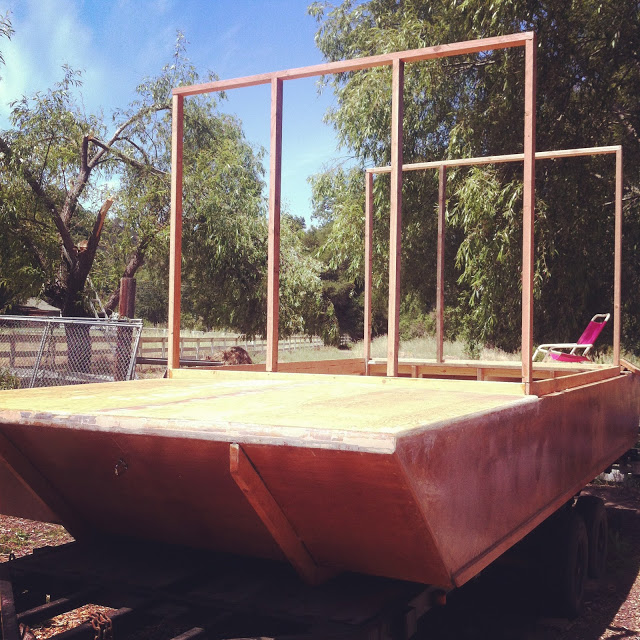 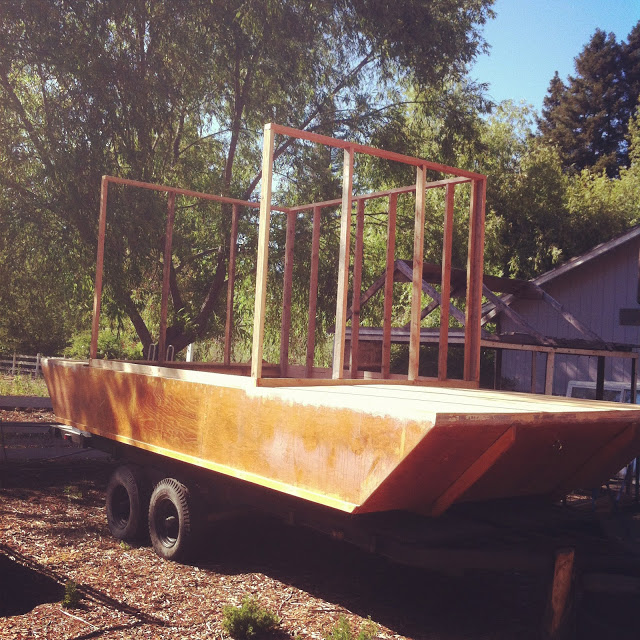 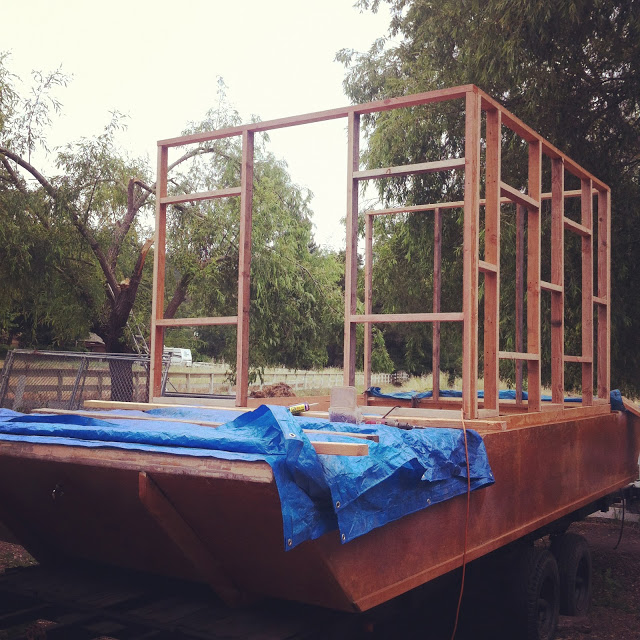 With window framing and blocking added.

And finally four finished walls. In this last photo, you can see the doorframe to the head on the right.

A big day, for sure. Time for a cigar.  Next up, more mistakes were made.

Cabin Framing, More Mistakes Were Made