We lingered in Prescott and I had a slow morning doing new media work for the project. I posted a snippet of a great interview with Lauren Donovan who kayaked the entire Mississippi River. I conducted a interview with Jessica Bierbrauer who is the director of the Great River Road Visitor Center in Prescott and has lived on the river most of her life. Meanwhile, Kai went to the library and did some grocery shopping. 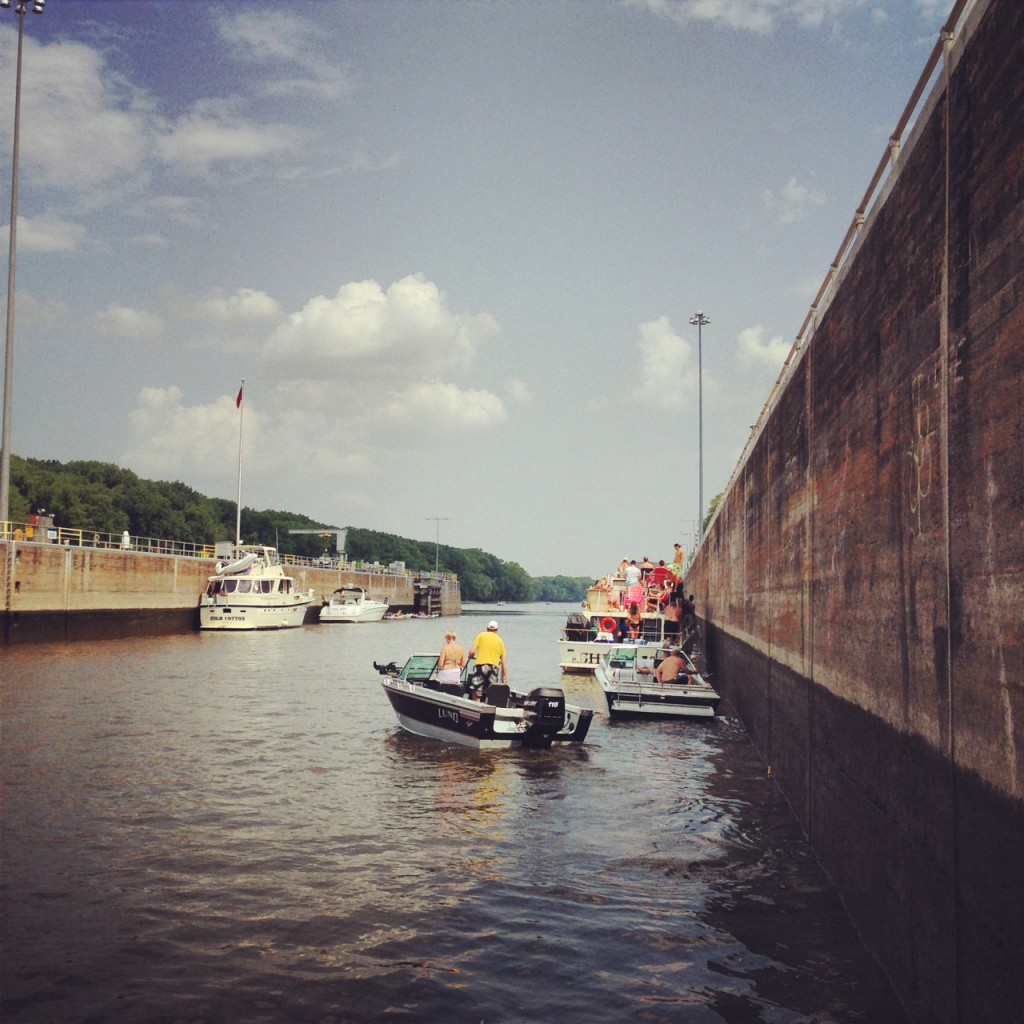 Bronwyn and Dale came by that evening bearing beer and assistance and taught us a thing or two about Wisconsin and Minnesota generosity.  Together we mauled Mr. Johnson’s fuel line connection, modifying it with tin snips and a file until the connection snapped in more securely. I failed at starting Mr. Johnson so Dale stepped in and started it after just a few pulls. He gave us some tips for starting an old outboard.

Lots of people stopped by, including a couple of boys from the Hastings marina with suggestions of old fellas we could call who always had spare parts.

We stayed up talking and drinking with Bronwyn and Dale until about 1am. We expected to see them downriver in Red Wing at River Days. 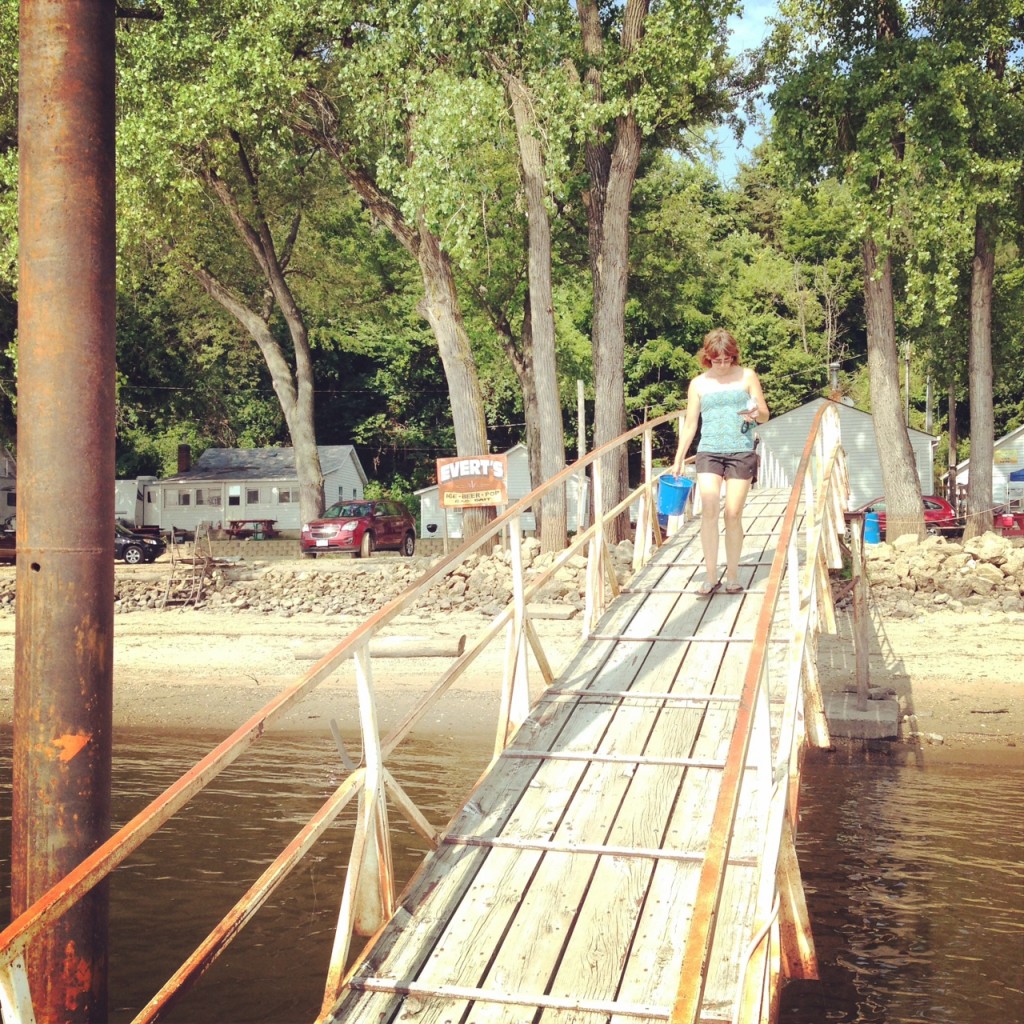 The next morning, after a bacon and eggs breakfast, we powered on out of Prescott and downriver. The confluence of the St. Croix and Mississippi Rivers is supposed to be the most busy junction on the river. It lived up to its reputation as we left, with big and little boats chock-a-block from bank to bank.

We had an uneventful journey down to Red Wing, going through Lock 3. Previously, we’d only been locked down with one or two other craft. Here was a party in the lock with lots of boats all being locked down with us. 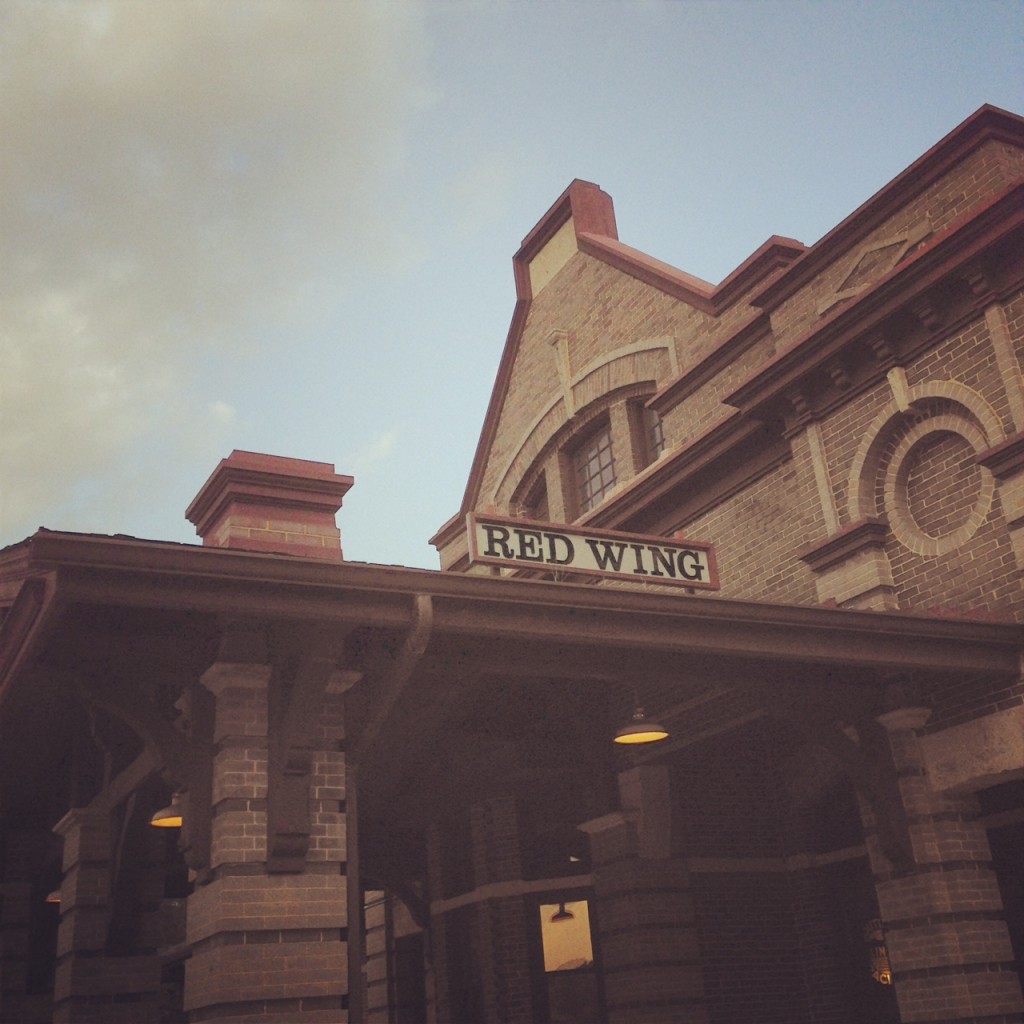 We stopped at Everts’ Resort with hopes of talking to Evelyn Everts who lived her whole long life on the river much of it managing the river resort and campground.  But at 97 years, we were told, Evelyn is not much for visitors these days.

Bronwyn had suggested we moor at Island Campground Marina in Red Wing. And when we got there, Bob who owned the marina met us on the docks and had already heard about us from folks upriver. 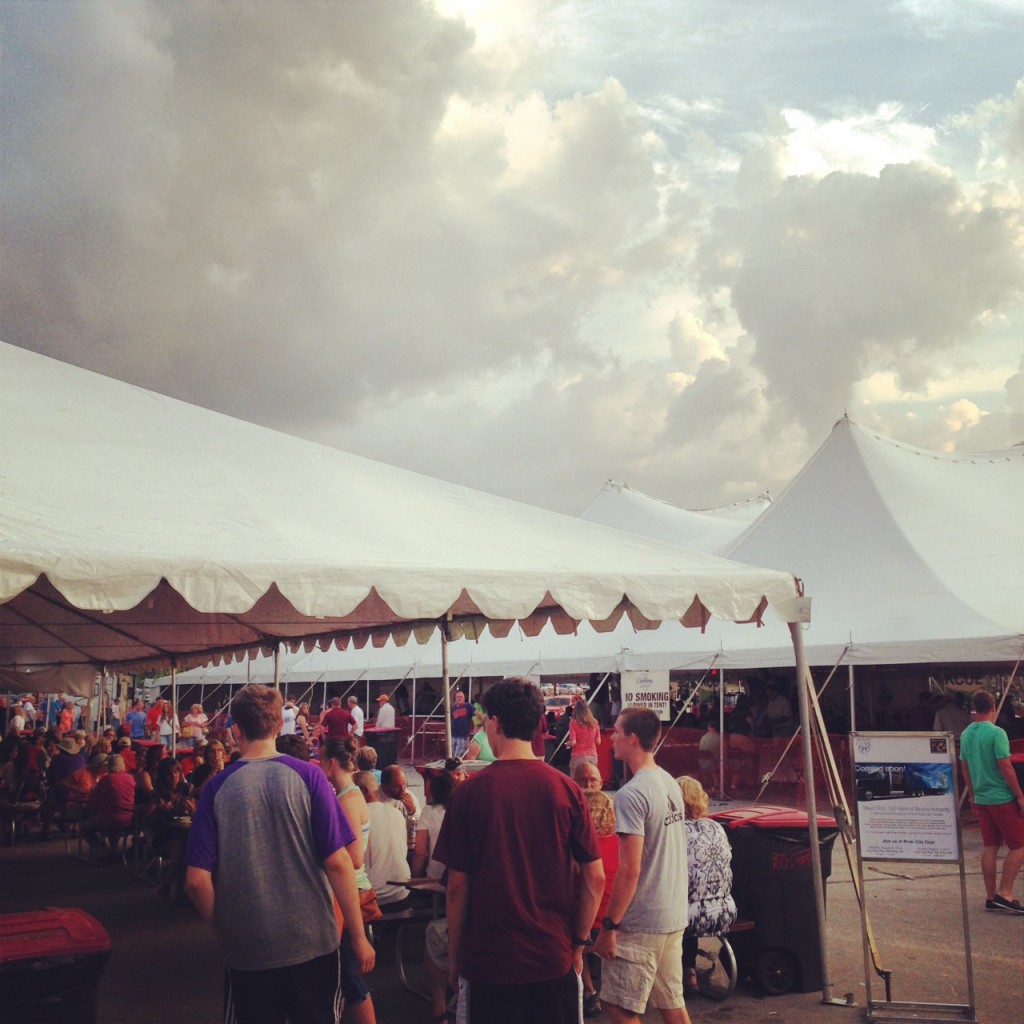 Red Wing River Days was like a small town carnival

Within minutes of arriving at the docks, we had visitors. We gave them the brief version of our Q&A, and then shuttered the shantyboat. Kai curled up in the bunk having reached her limit of interactions with humans for the day, and Hazel and I made off for town.

Red Wing was in the midst of River Days, a summer celebration with music, vending, fireworks, and lots and lots of beer.

People recognized me from the local paper which I hadn’t even realized had published an article about us. Shortly, I had people finding me contacts for the project. I met Rick who owns the local used book store and Jerry who’s lived on the river all his life and Dawn who is does homeopathy and massage therapy in Red Wing.

Naturally, I ran into Bronwyn and Dale who have clearly become our guardian angels. 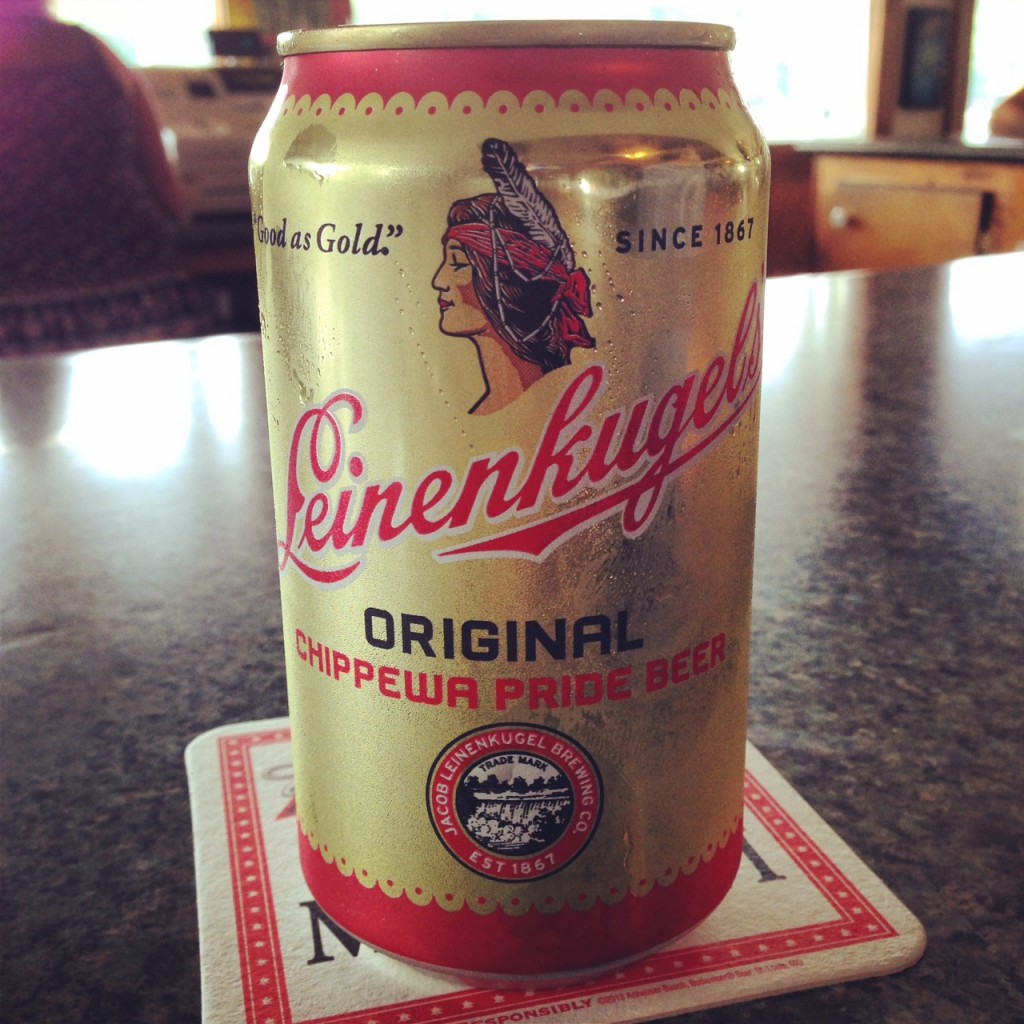 Leinenkuger, a Wisconsin bear only available in Wisconsin

Island Campground had electricity, fresh water, and showers. We had heard about magical water that comes out hot from pipes and makes you clean. After a shower, I lost a significant portion of my tan.

I met with Jerry in the morning and had a great interview about his grandfather’s cabin and changes he’s seen on the river. He took me to a nearby bar on the Wisconsin channel and introduced me to Rat who owns Mr. Sippi’s. We interviewed about his childhood messing around on the river and the boathouse in which he lived in La Crosse and Winona. He recommended I meet the Judge on Latch Island in Winona.

Fair Trade Books was a great used bookstore with a generous selection of really good books. Rick and his assistant Jacob talked to us both before selecting free books for us, as well as one to add to the Secret History library. 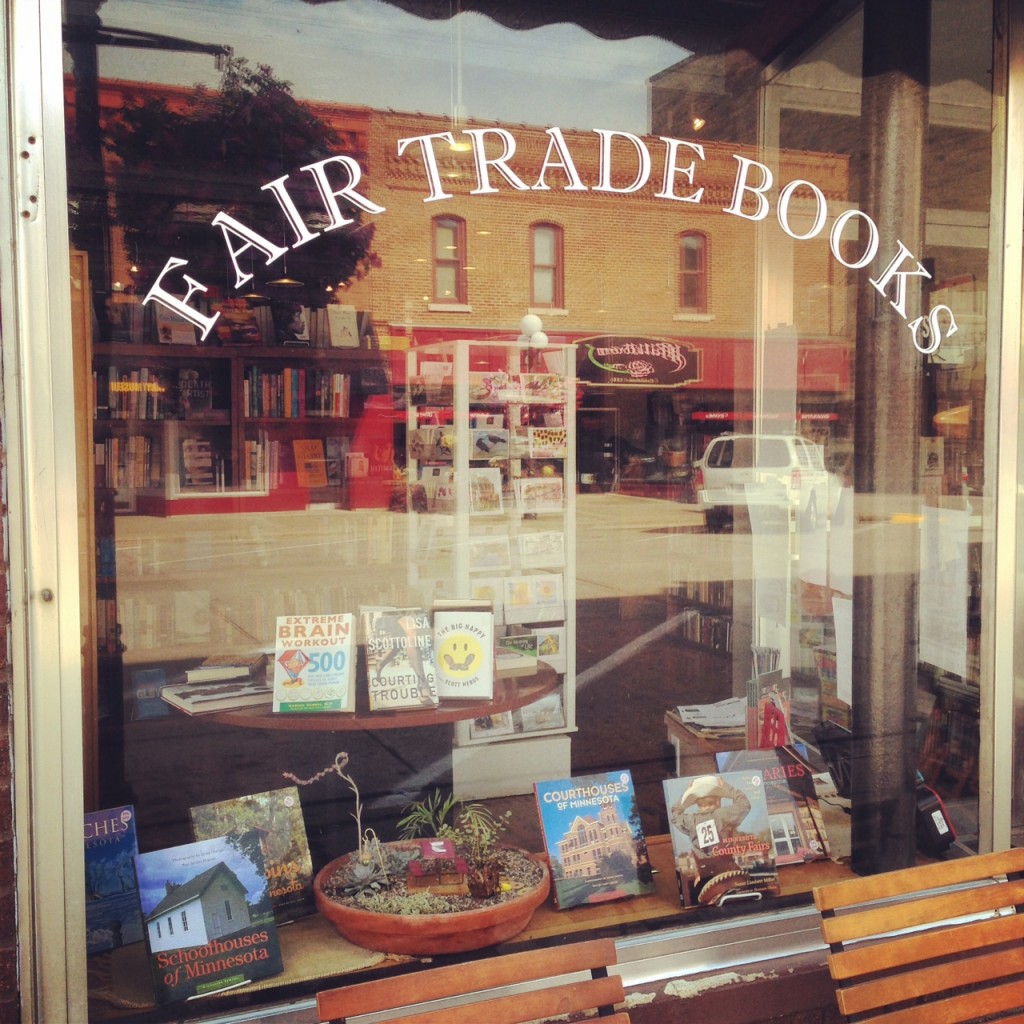 When we got back to the shantyboat, Hazel’s fans had left gifts for her. We gracefully motored into the current and headed downstream and on into Lake Pepin. 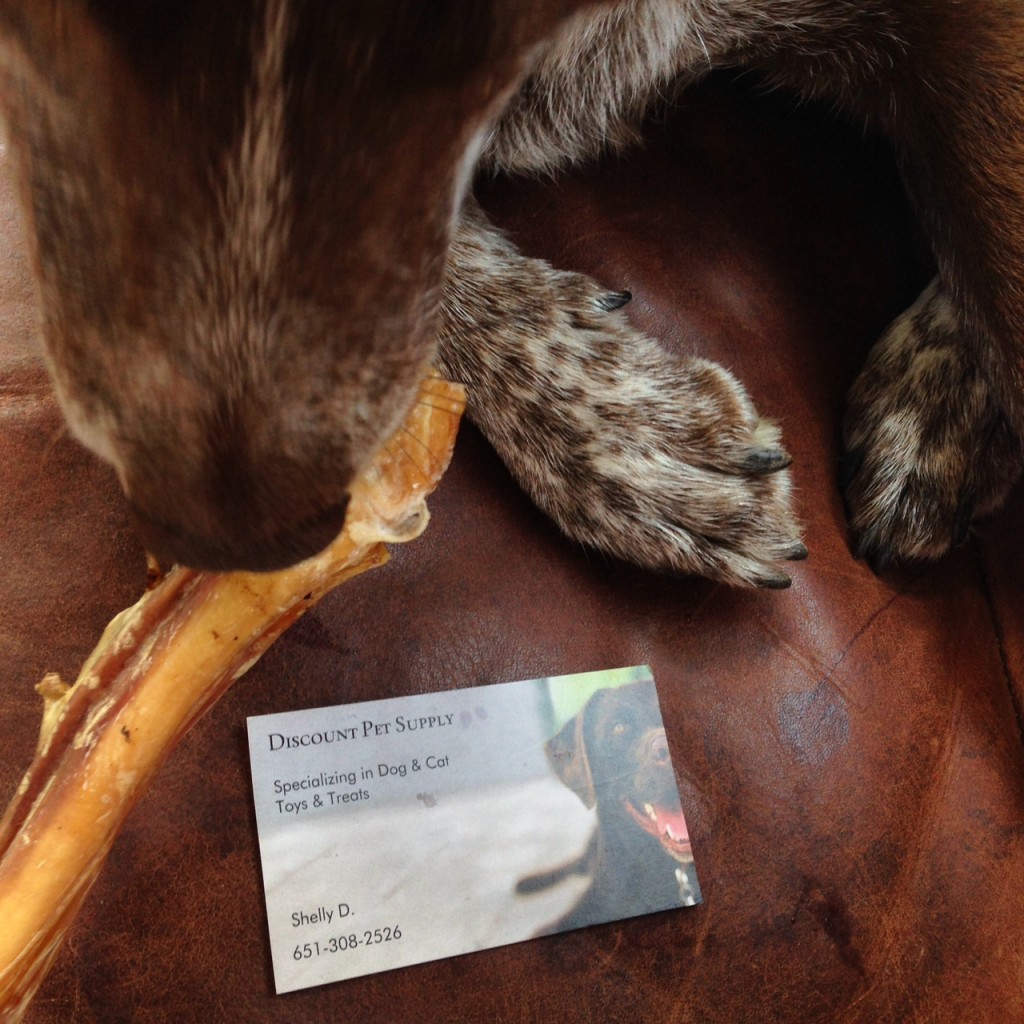 First Few Days on the River

Engine Troubles, Burger Lexicon, A Theft, and Much Generosity

Life with the Party People of Galena

An Hour of Cicadas [AUDIO]

← Lauren Donovan on Nearly Drowning at Lock 11 [Video] ← A High Speed Water Chase, Flyswatting, and Madness
%d bloggers like this: