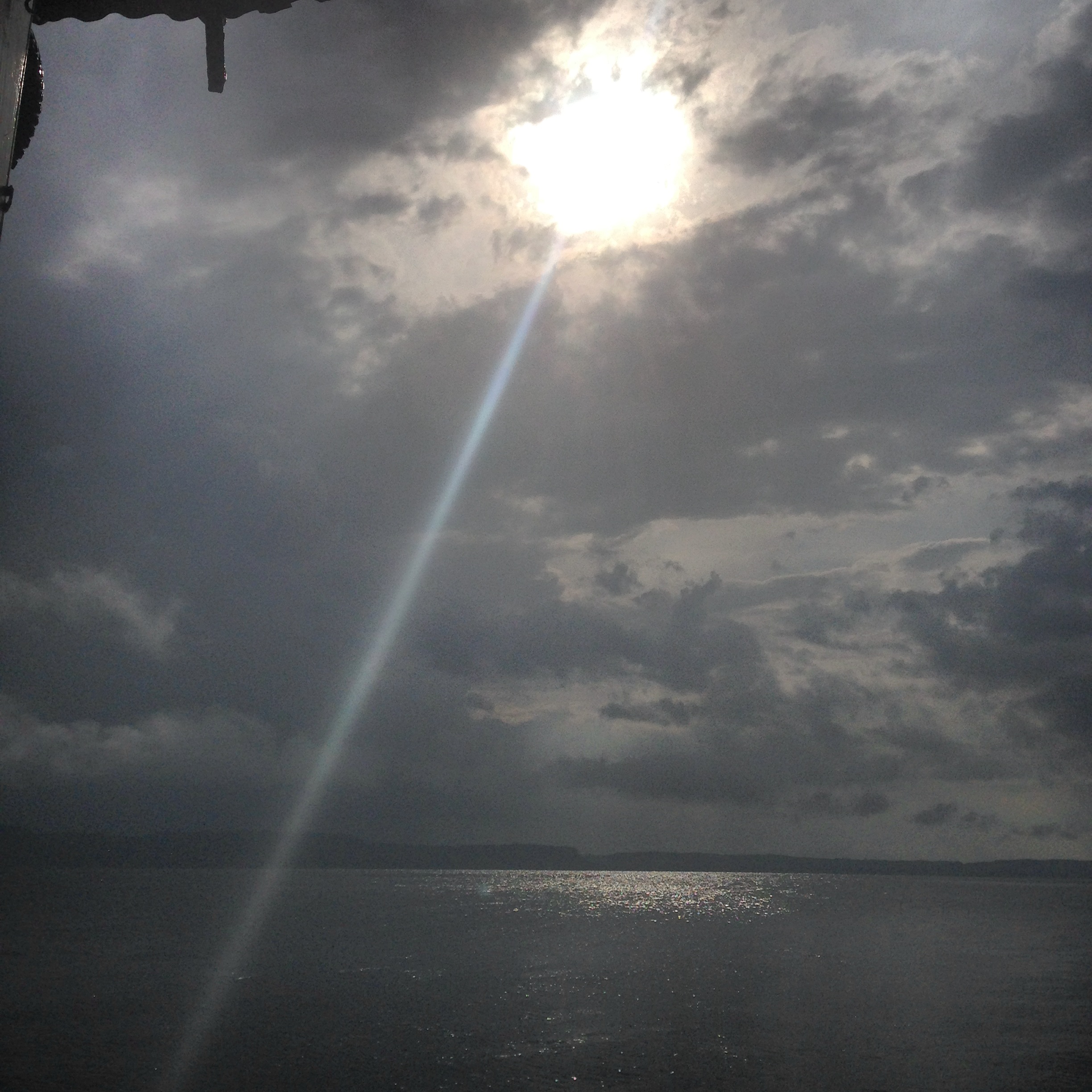 This may be the last you hear from us.

Unless we survive this storm. We are anchored on a long northwest reach in a stiff northwest wind with waves whipping up around us. The anchor is holding for the moment. How did we get here? 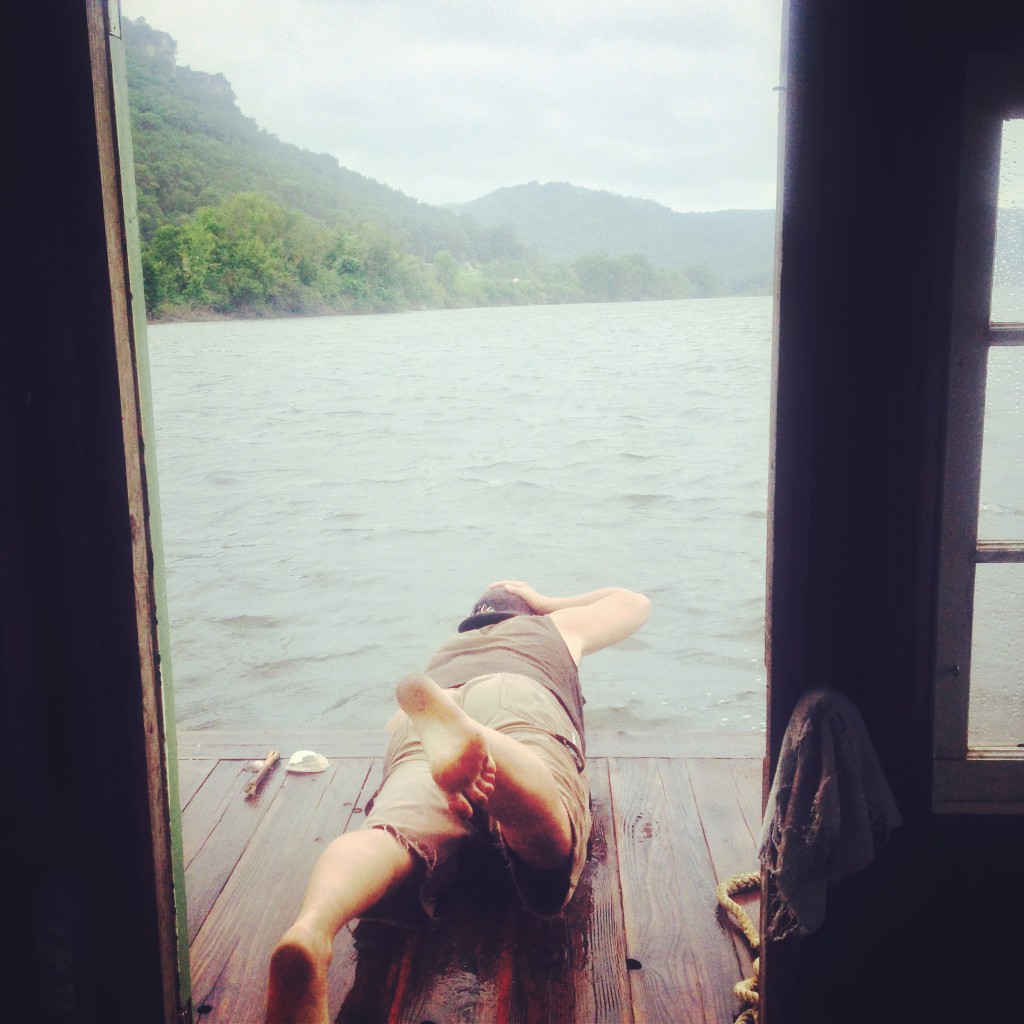 We came down out of Trempealeau WI after breakfast with the intention of reaching La Cross by this afternoon. And as we motored down, Tippy the Canoe, who as you can guess is prone to tipping, being towed behind was attempted to get sideways and was threatening to swamp herself rather than continue with us on the expedition. Meanwhile, Large Marge the Barge of Death was quickly coming up behind us. With no hospitable place to beach, we opted to drop anchor just off the channel.

If this worked, it would be our first successful anchoring. Would it work or would we drag anchor and crash helplessly into the starboard daylight just behind us. I played out the anchor as Jeremiah operated the tiller. 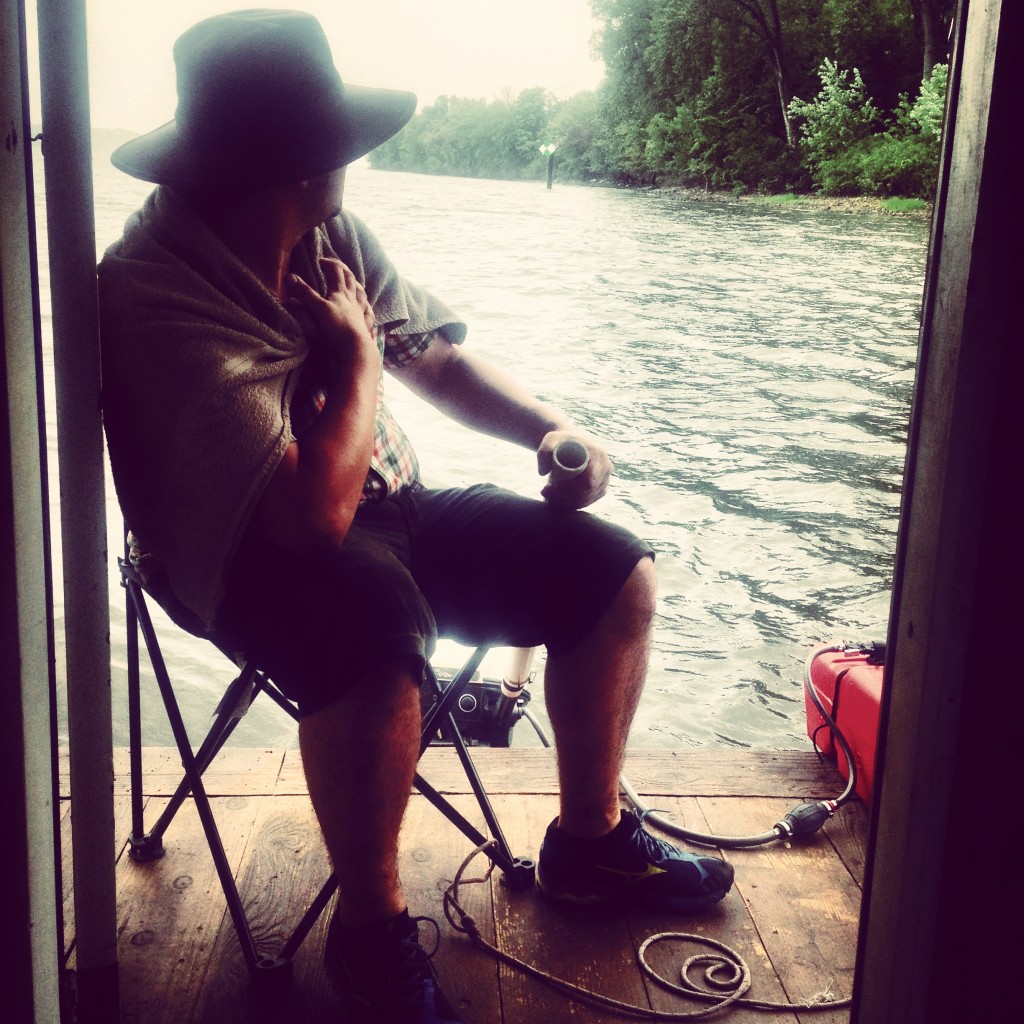 I tried to tie the anchor line off as it hit bottom but the boat was drifting down river and the line was playing out through my hands. I gave up as we ran out of rope and hit the end of our anchor line tied to the boweye, and the shantyboat swung around with bow upriver. We kept alert to start Mr. Johnson in case the anchor slipped.

Would it hold? We waited several anxious moments.  Were we slipping? We watched the shoreline.  The waves slapped against the bow. The rain pebbled against the roof. The wind rattled the tin of the shantyboat. We marked a point on shore. Looks like it was holding. No, wait. Okay, yes, I think it’s holding. More anxious moments. Yes, we can say that for now, it is holding.

Now we had time to take care of Tippy, now with gallons of water sloshing around. We worked her forward and dumped her out off the forward deck. Then we tied her abreast of us so she’d have less opportunity to demonstrate her independent streak. 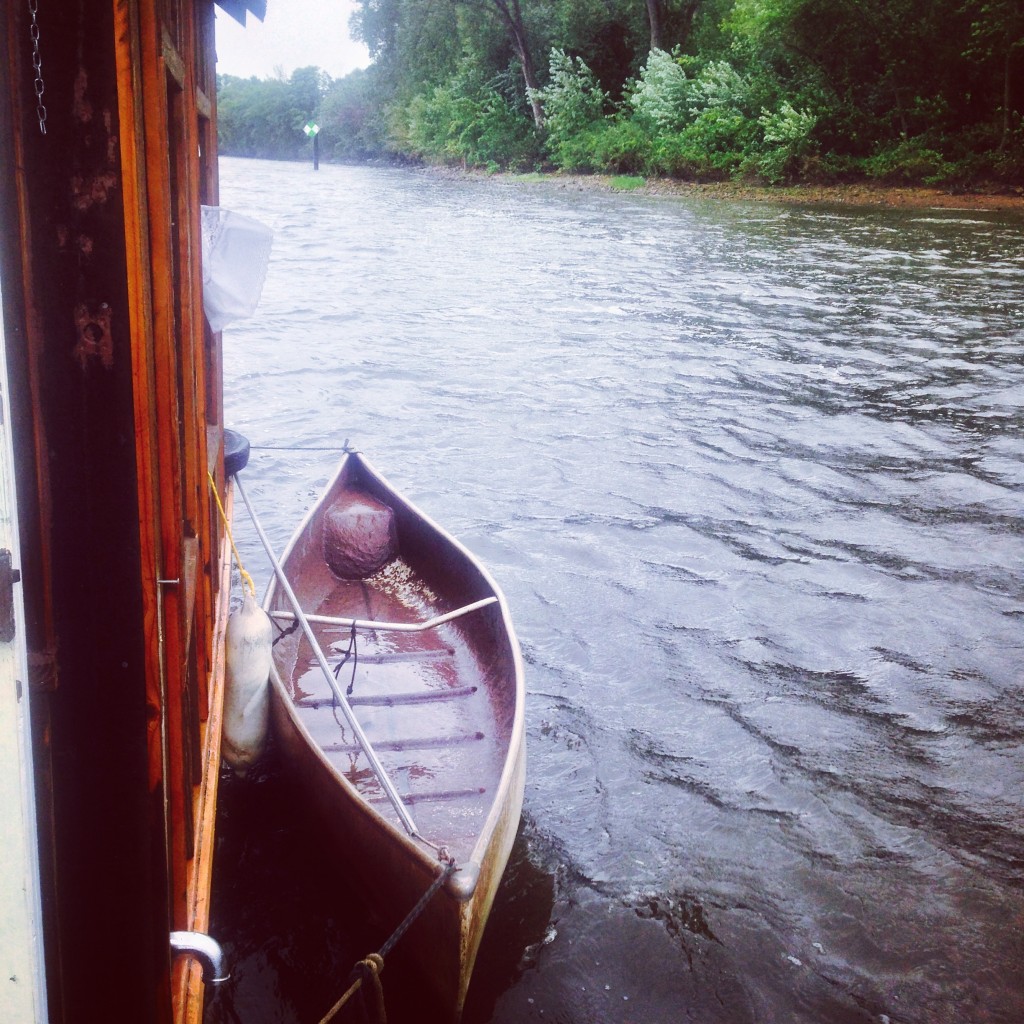 Now we are holed up from the rainy storm and winds. We closed the doors and windows. We took a moment to enjoy the beauty of this wild place. A train thundered by a hundred cars long only 20 meters away just on shore. We poured a finger full of whiskey each. We lit Jeremiah’s pipe. A moment of peace within the storm.

And as the storm lessens its furry, we’re preparing to pull anchor and head downriver with the wind. Wish us well.

An Hour of Cicadas [AUDIO]

An Hour of Frogs [AUDIO]

← Electronics Are Not Waterproof (URGENT)
Winona Post: History afloat down the river →

3 comments for “Into the Storm on the Open River”

← Electronics Are Not Waterproof (URGENT) ← Charming La Crosse, Wisconsin and a Theory About the Uneven Distribution of Social Capital
Help! We need your support!