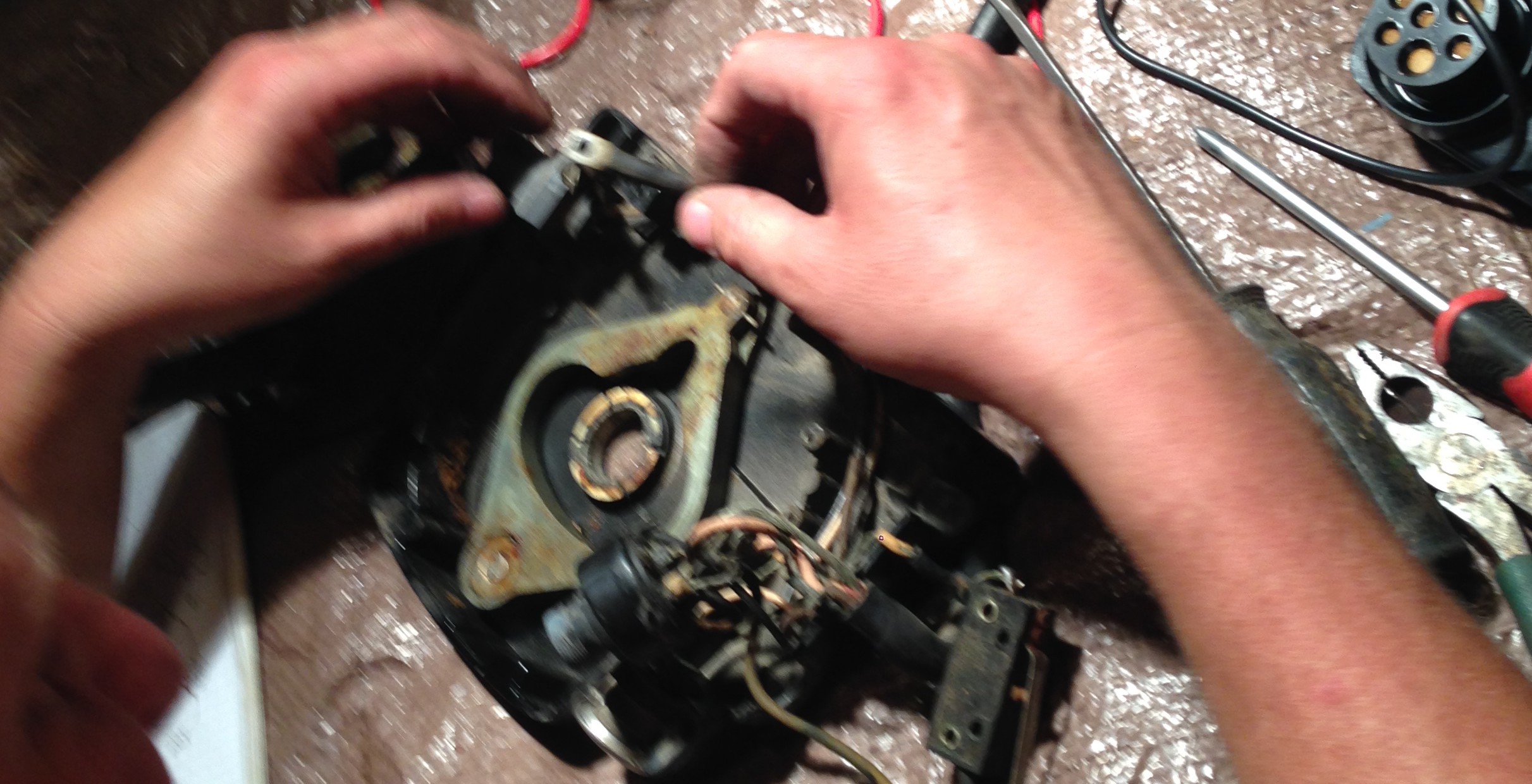 You remember last year when we were on the river with Mr. Johnson? We’d be approaching a lock and dam and looking at all the water flowing over the top of the dam and recalling stories of people who’d lost control of their boats and gone over. It would be then that Mr Johnson would start acting up. 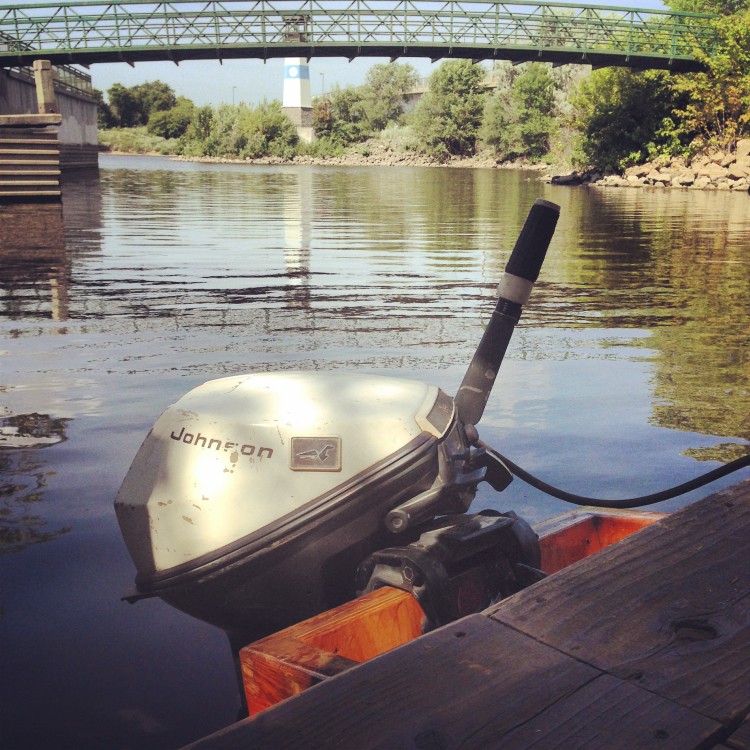 Now, we love Mr. Johnson and all his idiosyncratic ways. We found he worked perfectly so long as we sang him old Eagles songs. Without him, what would would we have had to obsessively worry about or talk to strangers about? Still though. It would have been nice if Mr. Johnson would have saved us from drifting into the swamp in that wind. or if he wouldn’t have left us drifting north of La Crosse, Wisconsin.

So to ease our mind, we got him a friend. We’d like to introduce you to Freddie. 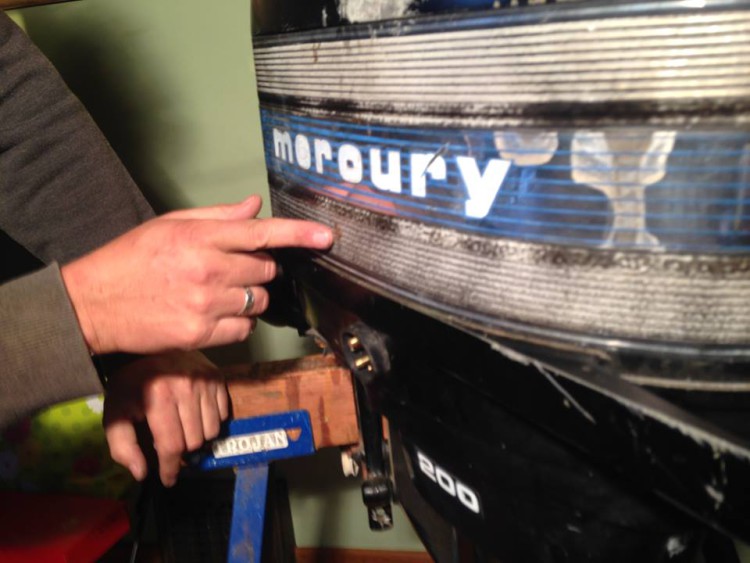 We heard Freddie run when we bought him, but knew his wiring was pretty funky. Most of the wires were decayed and crumbling. So last weekend’s project was to rewire Freddie and the MerControl remote-control unit (For controlling mer-people? James asked.) 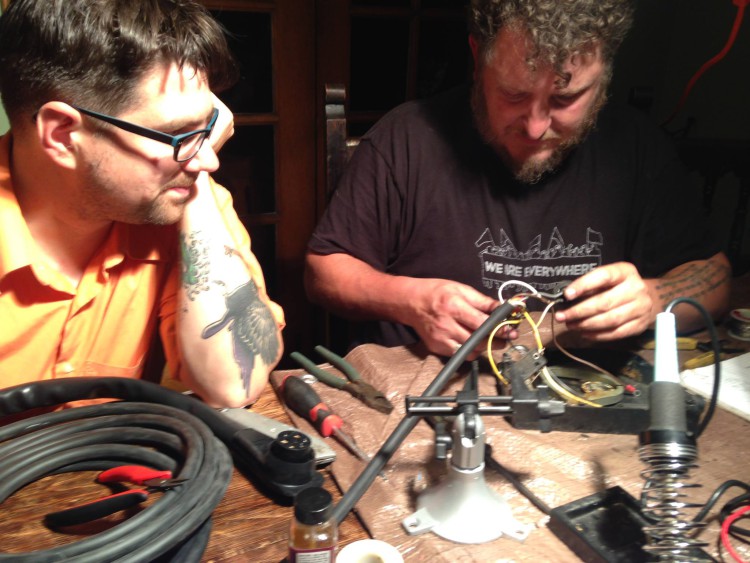 We had ordered a new wiring harness for both the remote and for Freddie’s internals. We had to take apart everything. 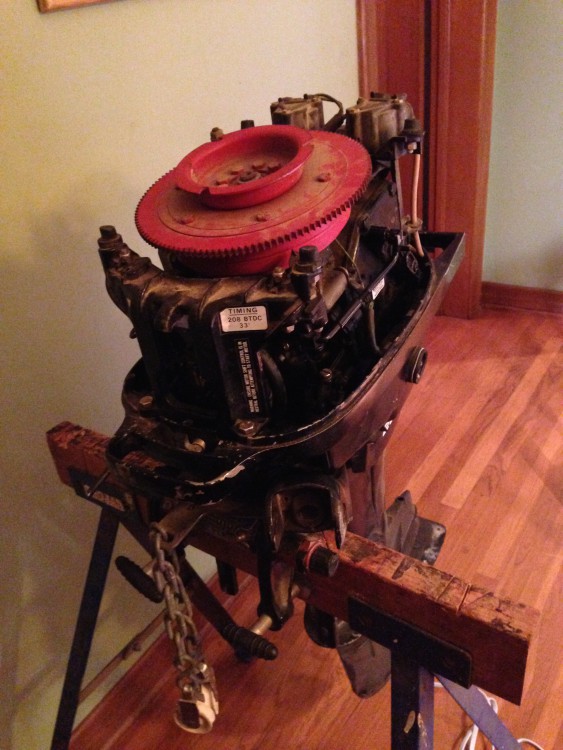 It is harder than you’d think to rewire something in this bad shape. Where do all the new wires go? Which wires are which? When it was new, of course, everything was color coded. But what little insulation was left on the wires had discolored unrecognizably in the decades since. It involved a lot of guess work and process of elimination. 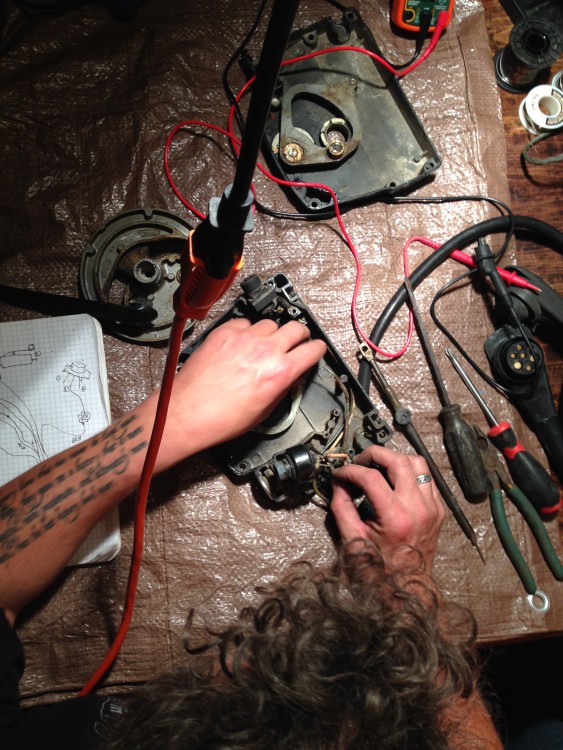 Getting some of the larger parts in resulted in much pushing and prying and pulling and cussing. Working together with Jeremiah and James, we were able to do it. Mission accomplished. We were even fairly certain about most of the wires and where they went. 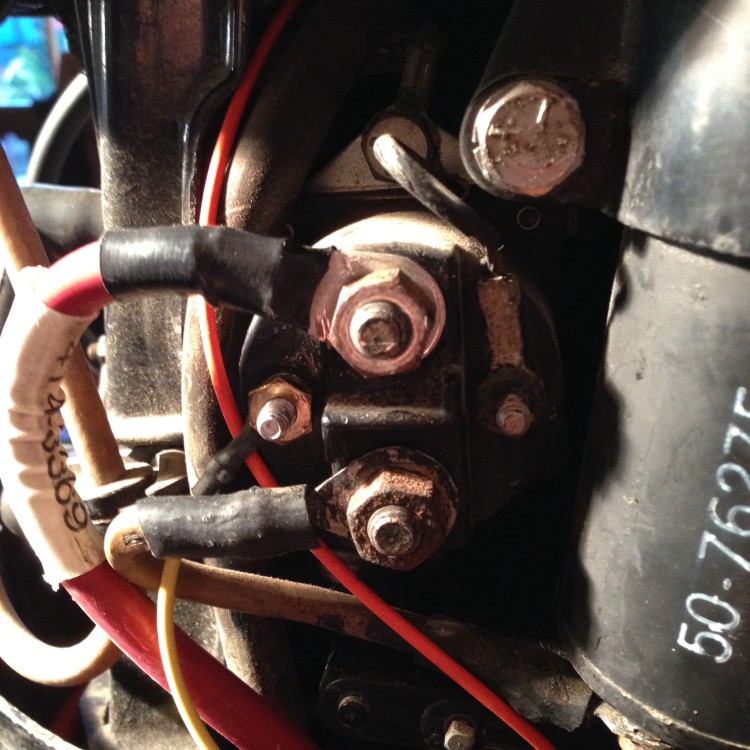 Now we just need to install everything. And figure out a way to test Freddie to see if he still works.

If he does, and if we manage to install him correctly, we will be able to control Dotty from the cabin, rather than sitting on the back deck and steering with the tiller nearly blind.

And if you are worried we’ll leave Mr Johnson behind, don’t. We’re still planning to take him. We were thinking we’d use him to power our new jonboat, the Painted Pig.

A Request to Tell a Friend or Three

A Crazy Plan to Launch the Shantyboat in the Ocean [Video]