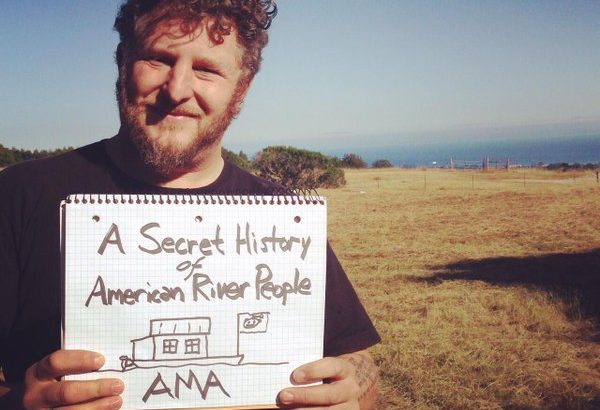 You know Reddit, right?  Reddit holds itself to be the place to have “authentic conversations” online. It’s been a rocky coupla years over there apparently. Meme wars and bitter political battles, a general trend these days online, with the internet being the last refuge for racists, misogynists, and xenophobes.

That said, I’ve always found Reddit to be surprisingly civilized and friendly for an online forum in which contributors are more or less anonymous. I guess leadership and a clear cultural vision articulated make a difference.

One of the things on Reddit I like are the Ask Me Anything sub-reddits (AMA), where anyone can tell a bit about themselves and invite others to ask them anything.

We’ll be doing an AMA, as soon as they let us know a good time. We’ve done AMAs in 2014 and 2015. They were fun and people asked us good and sometimes funny questions. Hope you can check out this year’s and ask a question or two.

Here’s our AMA at https://www.reddit.com/r/IAmA/…american_river_on_a_raft/ which so far has 767 comments and lasted hours.

I floated down a major American rivers on a raft made of trash and survived (barely). Ask me anything!

Inspired by my trainhopping experience and my 5th grade reading of Huck Finn, I traveled across country in my beat-up old pickup truck and built a raft out of trash and floated one of the largest fastest rivers on the continent. We survived and floated new rivers every year, launching whole punk raft flotillas. Now I’m an artist who floats major rivers in a homemade shantyboat gathering river stories.

I’ve traveled over 1000 miles in my shantyboat on the Mississippi and Tennessee Rivers and conducted over 85 oral history interviews and 100 hours of video in the last three years. This summer, I will be floating California’s Sacramento River through the Central Valley.

Find out more about the project at http://peoplesriverhistory.us/

I live on a shantyboat and float major American Rivers to hear people’s stories. Ask me anything

This Summer’s Expedition on the Sacramento River

Reddit: I am an artist spending the summer in a shantyboat on the Mississippi River gathering stories of river people. AMA!

Reddit: I am an artist who hopes you don’t read about my death when we launch our homemade (and untested) shantyboat on the Mississippi River AMA!

Readying Shantyboat and Other Trip Details

← Looking Back at the War Against the Dakota People in Minnesota [AUDIO] ← Outfit the Shantyboat
Help! We need your support!