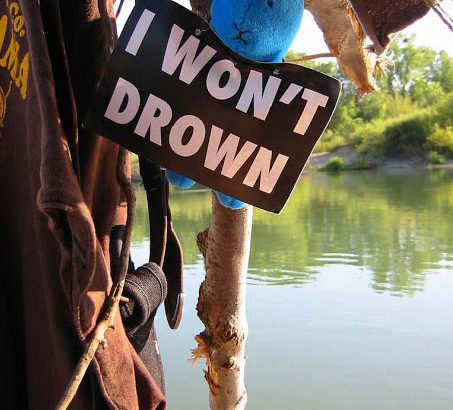 It started with Camp Tipsy. Alex and I started talking about what we could build, what kind of floating contraption would excite us.  We were unequivocally unanimous in wanting something like a tiny cabin that floats.  Something that we could escape to.

Or maybe it started earlier.  Maybe it started with the river floats.  For years, I’d built homemade rafts and floated down major American rivers with friends. 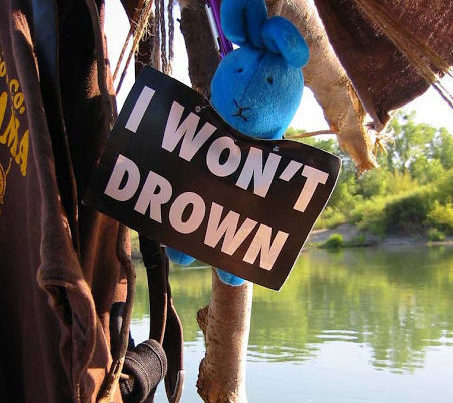 On that first trip, when I was trying to rustle up friends to join the adventure, here’s what I wrote “This is not white water rafting. We’re talking rivers with class zero rapids. A floating river. A lazy hot summer day eating found apples sort of river. These adventures remain low on specifics, high on general concept, mood, and emotion. Part of an experiment and a belief in the power of boredom to inspire.”

In 2005, a few of us set out on a punk rafting adventure, building a raft out of found and scavenged materials and floating for a week, Huck Finn-style, on one of the largest fastest rivers on the continent, the Missouri.

We lived to tell the tale (barely), and so year after year, we took longer and longer adventures, floating a handful of rivers on completely ridiculous homemade rafts. After that first raft trip, we invited others, launching with whole punk raft flotillas. The experience has been life changing. 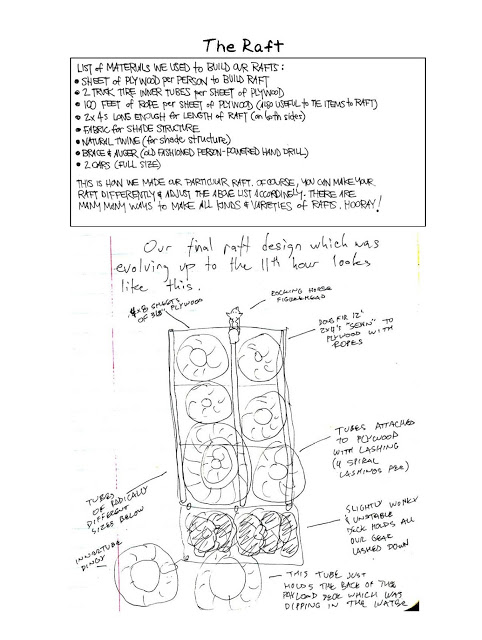 Alex and Jen and I were at Camp Tipsy and it was Happy Hour at our camp and we were drinking gin and tonics and maybe the alcohol contributed to our grandiose and ambitious scheming, or maybe, honestly, I’ve always been that way. 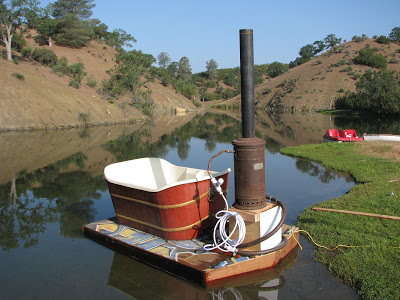 We were looking at all the bizzaro floating contraptions and nautical imagining.  We didn’t want to go fast or swing or be propelled by some Rube Goldberg propulsion system or even soak in a wood-fired hot tub, so much, at that moment, as we wanted to sit peacefully on our own floating front porch and watch the madness of the rest of the world.

We decided to make a floating cabin, a shanty boat.

Those Troublesome Skegs, Part the First