The Ohio River is unique in our travels throughout the U.S. as a river steeped in history, river culture, and dense with small river communities. Ohio river towns are in touch with the history of the Ohio River as the gateway to the West and its role in commerce, industrial development, and abolitionist history. Close to my interests, Ohio River towns are brimming with history about shantyboats and people living on the river, thanks in part to authors such as Harlan Hubbard who wrote several well-known non-fiction books about living aboard a shantyboat on the Ohio.

Where shantyboat history has been hard to come by on the four other rivers we’ve visited, on the Ohio River, one need only Google for shantyboat and the name of any town along the five states that front the river. Inevitably, a handful of newspaper clippings will turn up from about 1890 to 1930. 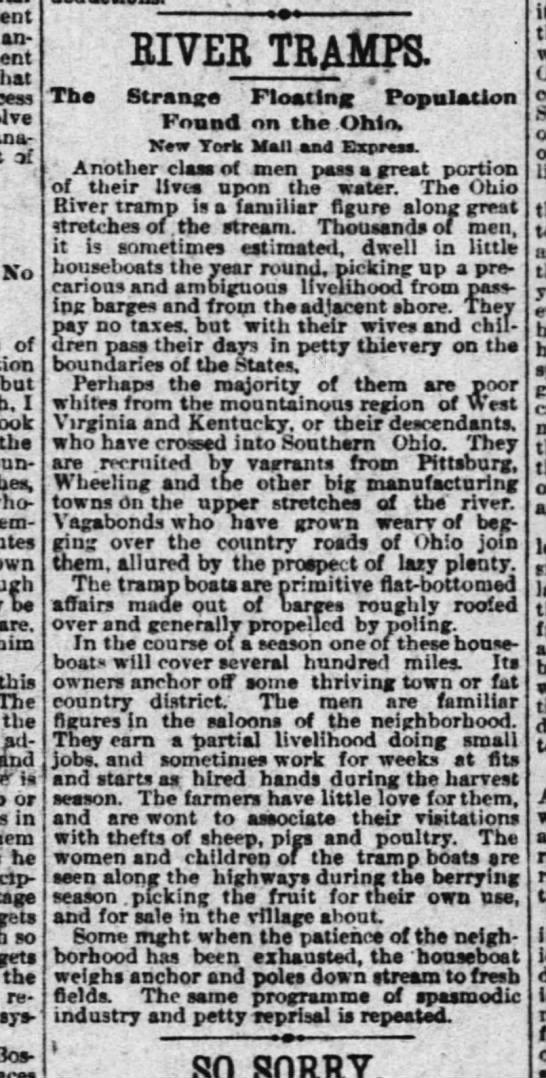 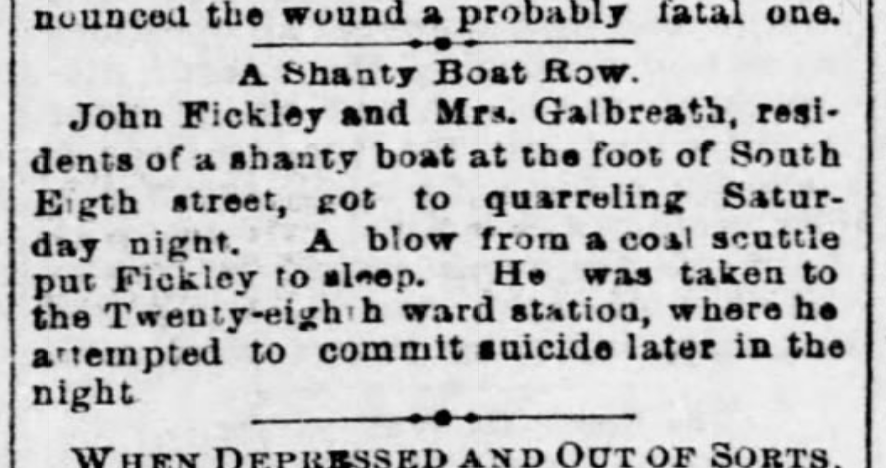 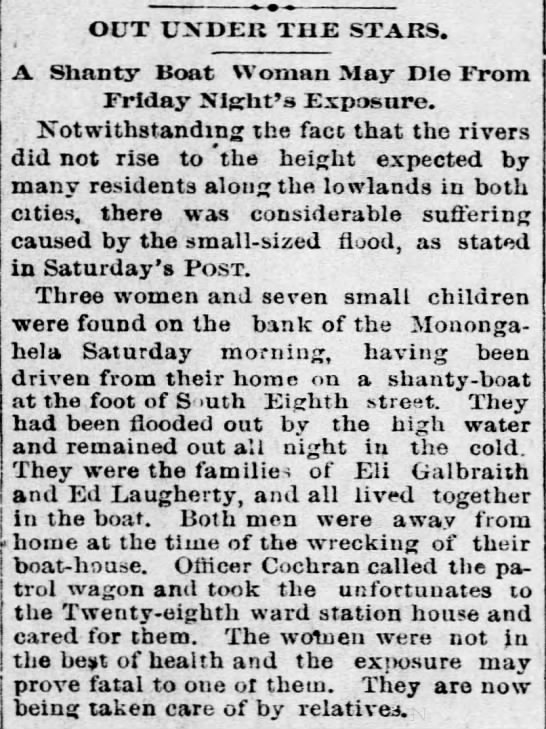 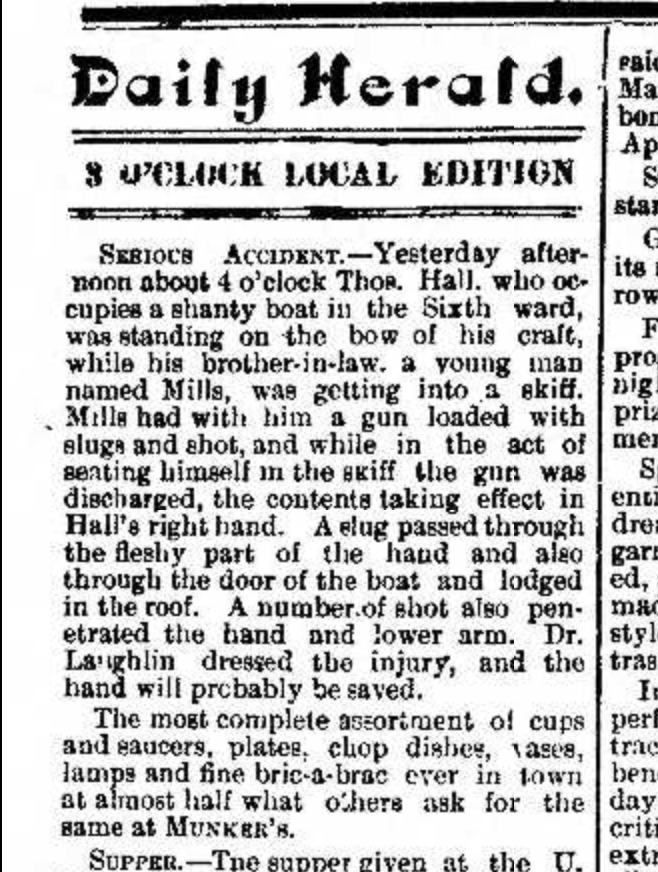 You can also see hints of the conflicts between shantyboat communities and their landed neighbors. In the newspapers of the time, shantyboats are the source of theft, murder, domestic violence, poverty, gambling, and depravity. One man, a Jeremiah Rainey, Esq., swears to devote his civic-minded busy-body self to ridding the river of shantyboat residents.

But despite that, there are also some articles that manage to discover the wonder and magic of living aboard the water.

Tell Us About Shantyboat Communities